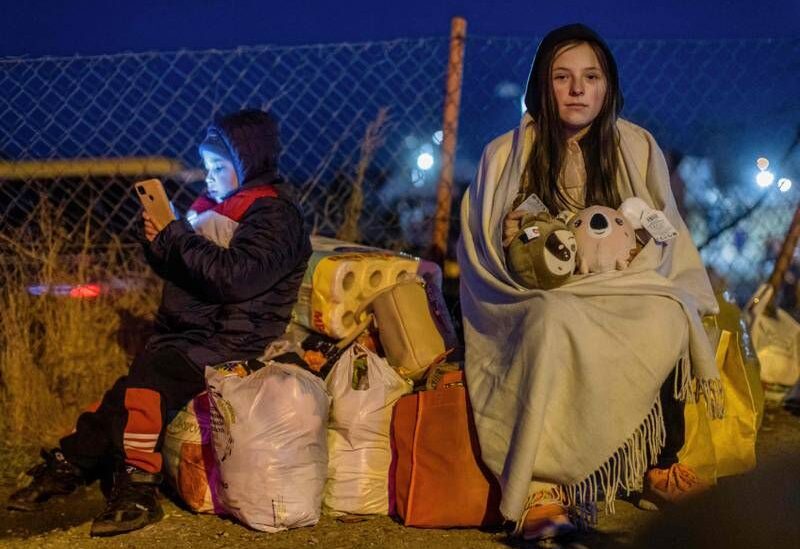 As Ukrainian migrants come in the UK, major British companies such as Marks & Spencer and Asos are providing jobs to them.

A group of more than 45 prominent firms has urged the government to make it easier for refugees fleeing the crisis in Syria to enter the UK.

The group, which also includes Lush, a high-end cosmetics brand, and Robert Walters, has told the government that it has up to 10,000 job openings.

Emma Sinclair, the CEO of Enterprise Alumni, is leading the charge to assist Ukrainian migrants in finding work.

“Every week, the companies involved, particularly the recruitment firms, have thousands of jobs to fill,” Ms Sinclair explained.

While the change will help students entering the UK sustain themselves during their time away from home, it may also improve the UK’s labor market, which has reached a record high of 1.298 million unfilled jobs in the three months leading up to January.

“We [companies] want people, we need people, and we want to help,” says one executive. Ms Sinclair stated, “We want to see movement on the rising number of refugees.”

Marks & Spencer stated that it was “100% dedicated” to the humanitarian cause in Ukraine. Asos, an online fashion retailer, said it was hoping to hire in the “double digits,” particularly in digital engineering areas – a skill of strength in Ukraine.

“We’re happy to consider refugees for any post, including those we’d normally advertise for internal candidates only,” Lush added.

After the government was chastised for its slow response to the crisis, Ms Sinclair met with Richard Harrington, the UK’s new Minister for Refugees, on Monday to flesh out the scheme more.

Meanwhile, Tesco has created over 1,400 jobs for Ukrainian migrants in its Central European business, and entrepreneurs are using Twitter to advertise employment openings for people seeking to enter the UK.

More than 2.5 million people have fled Ukraine, mostly women, children, and the elderly, with males forced to stay behind to fight the conflict.

Hotels and restaurants in the United Kingdom are also stepping up to aid those in need, with Kate Nicholls, chief executive of trade organization UK Hospitality, claiming she has been “inundated with offers of help and support,” with hotels offering spare rooms and restaurants offering food parcels.

According to Levelling Up Secretary Michael Gove, more than 3,000 visas have been awarded to Ukrainians seeking assistance in the UK. He claims that “tens of thousands” more will be made available.

People who want to aid refugees in the UK can now register their interest in sponsoring Ukrainians under the government’s new humanitarian initiative, in addition to corporations.

Mr Gove has stated that the process of pairing Britons with refugees fleeing the crisis will begin on Friday, and that the first migrants to use the new route should be in the UK by the end of the week.

He claimed he would personally take in a Ukrainian immigrant, and Academy Award nominee Benedict Cumberbatch said he planned to participate in the initiative from the Baftas red carpet on Sunday.

However, there has been some criticism, with the Refugee Council pointing out that, unlike the UK, all EU countries have temporarily relaxed visa requirements for Ukrainians.