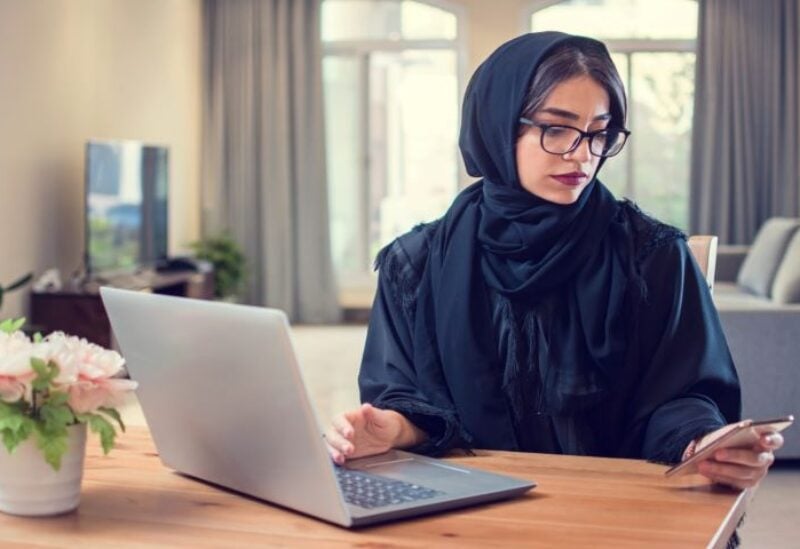 A new Mastercard survey found that about 81 percent of female entrepreneurs in the Middle East and Africa (MEA) have a digital footprint for their businesses, compared with 68 percent of men.

The survey, which polled more than 1,530 respondents, found that in terms of a digital presence, 71 percent of the region’s female entrepreneurs say they use social media and 57 percent have a company website.

“Over 80 per cent of women entrepreneurs have digital readiness for their business compared to their male counterparts but yet so few have access to funding for their business growth,” Amnah Ajmal, Mastercard’s executive vice president for market development in MEA, said.

While female-owned businesses are well represented in the entrepreneurship space globally, it is estimated that they access only 2 to 10 percent of commercial bank finance, Ajmal said.

“This reflects the huge potential SME [small and medium enterprises] women entrepreneurs have when we speed up their access to financial and digital tools, which will enable greater gender parity in the business ecosystem,” she added.

The World Bank 2018  report said the low use of external finance by female entrepreneurs is caused by a combination of factors.

These include gender discrimination in financial markets that restricts women’s access to credit or increases the cost of credit, as well as demand side constraints that occur when women refrain from applying for external finance because they are more risk averse or expect to be rejected, the Washington-based lender added.

Mastercard has pledged $250 million and committed to connecting 50 million micro-, small- and medium-sized businesses, including 25 million female entrepreneurs, globally to the digital economy by 2025.

Despite some challenges, entrepreneurial women lead the way in tapping into the power of the digital economy to succeed and grow the businesses. If men and women participated equally as entrepreneurs, the global economy could rise a further 3 per cent to 6 per cent, a recent report by Boston Consulting Group said.

Women-owned SMEs in the MEA region believe a cash-free economy can benefit their businesses and they are confident about adopting digital transactions, the Mastercard survey found.

Meanwhile, 60 per cent also cited increased efficiency of transactions across multiple channels and the ease of not handling cash as the main benefits of a cash-free economy.