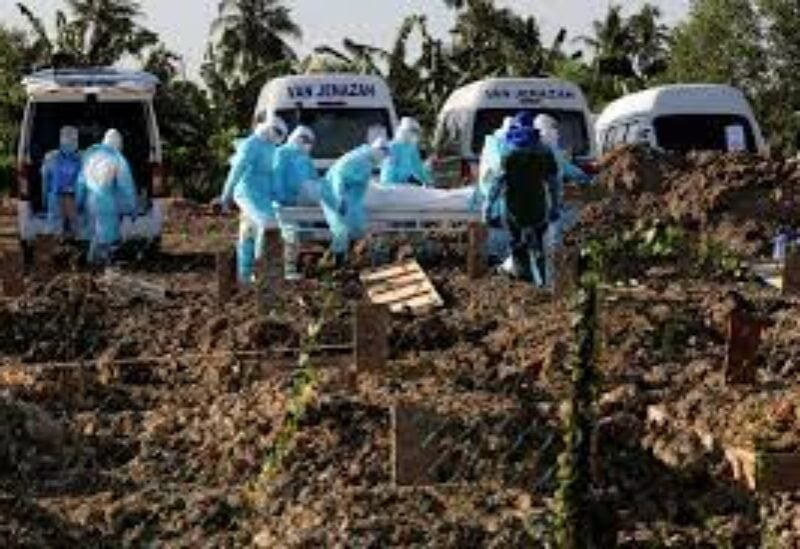 Malaysia’s government reported 9,671 deaths from COVID-19 in September, the bloodiest month since the epidemic began, according to government data released on Friday. Authorities claimed the spike was primarily due to the inclusion of fatalities from previous months that had been delayed.

Even as new infections have dropped in recent weeks due to a stepped-up vaccination effort, Malaysia’s death toll has risen to among the highest per capita in Asia.

More than a third of the 26,335 total COVID-19 deaths reported in Malaysia, which has over 2.2 million infections, the third-highest number in Southeast Asia, occurred in September.

Officials from the Ministry of Health, on the other hand, believe that many deaths have been delayed – some for months – due to an influx of cases that has swamped hospitals and testing labs.

In September, the ministry began sharing daily statistics based on the time of death and the date of reporting in an effort to promote openness and reduce the backlog.

Although Malaysia recorded an average of 322 COVID-19 fatalities per day in September, the data showed that actual daily mortality had dropped to 89 as of Thursday, based on a seven-day rolling average.

Authorities have promised to cut down on the delays by requiring hospitals to establish the cause of death within a certain amount of time.

Despite Malaysia having one of the fastest vaccination rollouts in Southeast Asia, the previously undisclosed fatalities revealed systemic inadequacies, according to University of Malaya infectious diseases expert Adeeba Kamarulzaman.

These include uneven vaccination rates in different states, inadequate monitoring of COVID-19 patients in home quarantine, as well as limited access to healthcare among undocumented migrants, she said.

“Many in the migrant population either lack information about the disease or fear coming forward for care, in case they are arrested,” Adeeba said.

Malaysia also has high rates of obesity, diabetes and hypertension, particularly among younger adults who were vaccinated later, which increased their risk of contracting severe COVID-19 infections, she added.

About 62% of Malaysia’s 32 million population are now fully vaccinated, including 86% of adults. The country began inoculating teenagers between the ages of 12-17 last month.