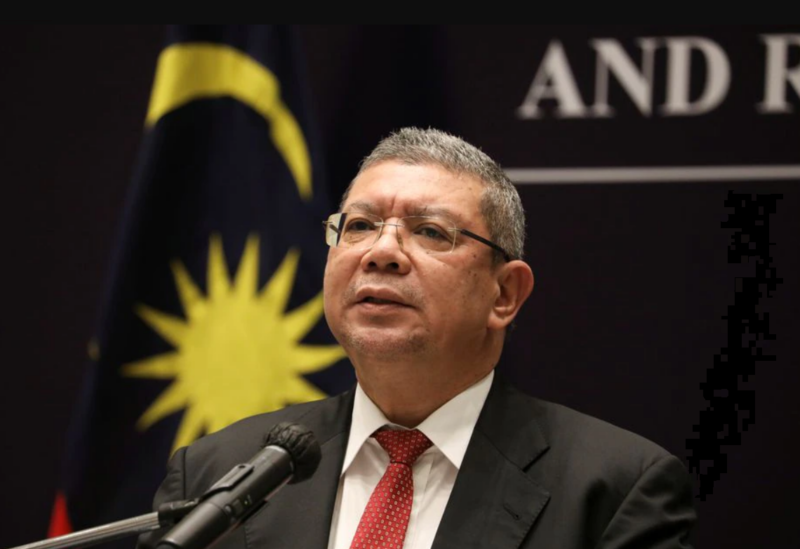 Malaysia on Tuesday denounced the Myanmar regime for killing four pro-democracy activists, calling the incident a crime against humanity that appeared to “mock” a peace initiative spearheaded by Southeast Asia.

The military, which overthrew the government of Myanmar last year, confirmed the executions, accusing the activists of supporting “terrorist acts” carried out by a movement of civilian resistance.

Malaysian Foreign Minister Saifuddin Abdullah also questioned the timing of the executions, which came a week before a meeting of the Association of Southeast Asian Nations (ASEAN).

The 10-member bloc, which has also condemned the executions, had been pushing for Myanmar to adhere to a five-point peace plan it agreed to last year.

“We looked at (the executions) as if the junta is making a mockery of the five-point consensus, and I think we really have to look at this very, very seriously,” Saifuddin told a news conference.

Myanmar should not be allowed to send political representatives to any international ministerial level meetings, he said, widening Malaysia’s previous call for junta officials to be barred from ASEAN summits until progress was made on the peace plan.

“We hope we have seen the last of the executions and we will try to use whatever channel that we can to try and ensure that this will not happen again,” Saifuddin said, adding that Malaysia would seek to present a framework for the implementation of the peace plan at the ASEAN meeting.

Myanmar’s junta has repeatedly called on countries not to engage with the NUG, which is made up members of the ousted administration and other military opponents that the junta has labelled as “terrorists”.

In May, Saifuddin met his counterpart from the NUG on the sidelines of a summit in the United States, in the group’s first open engagement with a Southeast Asian country.