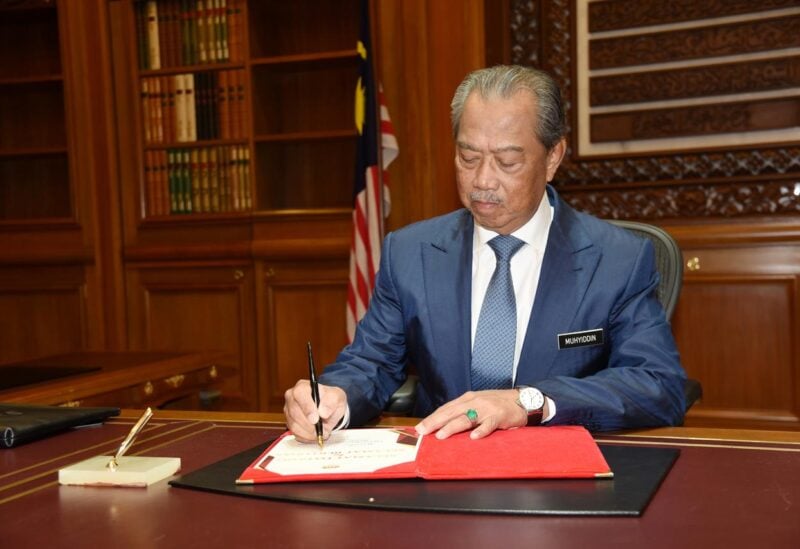 Malaysian Prime Minister Muhyiddin Yassin said that he retained majority support among lawmakers and would prove it through a confidence vote when Malaysia’s parliament reconvened next month. His comments followed the withdrawal of support from some members of his coalition.
Muhyiddin said Muhyiddin’s grip on power has been shaky since coming to power in March 2020 as he leads an unstable coalition. The latest crisis comes as Malaysia sees a resurgence in COVID-19 infections and economic slowdown from lockdowns.
The main opposition bloc, Pakatan Harapan, disputed Muhyiddin’s majority claim and called for an immediate vote.
“After Pakatan Harapan leaders made careful calculations with friends from opposition parties and all who do not support Muhyiddin, it is clear that Muhyiddin did not speak the truth,” the bloc said in a statement on Thursday.
The United Malays National Organization (UMNO), the biggest bloc in Muhyiddin’s ruling alliance, also challenged the premier.
In a statement on Wednesday, UMNO president Ahmad Zahid Hamidi said more than eight lawmakers from the party have withdrawn support.
UMNO has constantly challenged Muhyiddin even after agreeing to form a government with him last year. But the party is split on its support for the prime minister — a factor that has kept Muhyiddin in power despite threats from UMNO to quit.
Deputy prime minister and UMNO politician Ismail Sabri Yaakob has stood by Muhyiddin and appeared along with him in a televised address on Wednesday.
Muhyiddin said the political turmoil was triggered by “certain parties” whose demands he had refused to meet, including freeing individuals facing corruption charges.
Several UMNO lawmakers face corruption charges since the party’s defeat in 2018 elections, including former premier Najib Razak and party president Hamidi.
They have both denied wrongdoing.