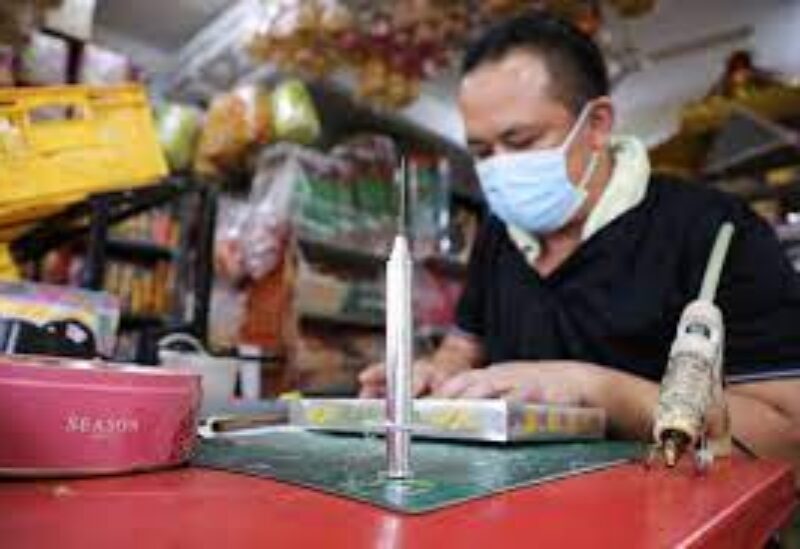 As the globe rushes to vaccinate against COVID-19, a Malaysian store owner discovers that his paper vaccinations have become popular prayer offering items during a religious holiday honoring the departed.

The Hungry Ghost festival, observed by Buddhists and Taoists throughout Southeast Asia, is based on the idea that the souls of the dead return to Earth in the seventh month of the Chinese calendar. During this time, people leave food for the dead, as well as incense and complex paper offerings resembling goods the deceased may have desired.

At Raymond Shieh Siow Leong’s religious goods business in the southern Malaysian city of Johor Bahru, a box set with a syringe and two vaccination vials made of paper are among the festival’s fastest-selling items this year.

“In our nation, the COVID-19 situation is quite bad, and many people have died before obtaining the vaccine. I’m hoping that this product would assist the departed in carrying out their final wishes “Shieh said.

Shieh claimed he began creating the paper vaccination sets in early August and was able to produce 30 to 50 sets each day. Shieh claimed he had sold more than 200 sets so far for 22.80 ringgit ($5.45) each.

“We made this paper vaccine to test the water of the market, but we didn’t expect the reaction to be this good. The orders keep coming, and we have to work overtime until late at night to make this product,” he said.

Malaysia has one of the highest rates of COVID-19 infections and deaths in Southeast Asia with a total caseload of almost 1.6 million and a death toll of 14,818. About 57% of the population has received at least one dose of the COVID-19 vaccine.