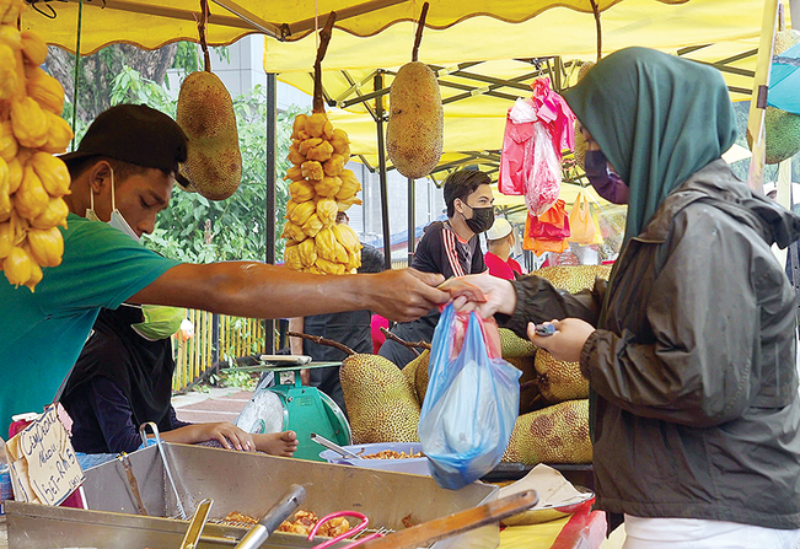 Two weeks into the Holy Month of Ramadan, and despite supporting the government’s decision to reopen traditional food bazaars, several Malaysians say they now fear a spike in coronavirus disease COVID-19 infections, citing poor implementation of health protocols at the highly popular markets.

Unlike last year, when the government had canceled the famous bazaars in the early days of the pandemic to limit the spread of the outbreak, the markets are now allowed to operate, provided traders and visitors adhere to strict standard operating procedures (SOP) and checks.

Earlier this month, the Kuala Lumpur City Council said that 65 bazaars would be allowed to operate from 3 p.m. to 8 p.m. during Ramadan, before reiterating that compliance with SOPs was of utmost importance, especially those set by the National Security Council, such as mandatory face masks, body temperature scans and checking in with a dedicated mobile application.

Malaysia’s Ramadan bazaars date back to the 1980s. Eddin Khoo, a cultural activist focusing on Malay cultures, said that the concept gained popularity for its “food sharing culture.”

“In the 1970s, it was a smaller-scale home industry based on the idea of communal eating,” Khoo told Arab News.

He added that the bazaars’ unique selling point is that they cater to both Muslims and non-Muslims in Malaysia.

The bazaars are usually attended by thousands of people, who go out for late-night meals after breaking their fast at sunset or iftar time.

They feature hundreds of stalls with hawkers and street vendors selling local delicacies and hot food.