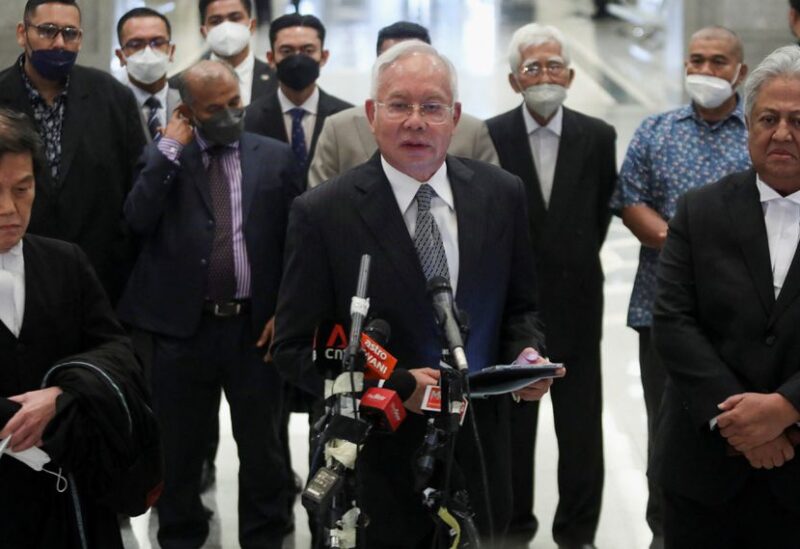 In a massive scandal that has ensnared high-ranking officials and financial institutions from Hollywood to the Middle East, Najib, 69, is accused of stealing $4.5 billion from 1MDB, a state fund that he co-founded in 2009 while serving as premier. He is facing dozens of charges in relation to this alleged theft.

In the first of several trials, he was convicted in July 2020 for criminal breach of trust, abuse of power, and money laundering, for illegally receiving about $10 million from SRC international, a former unit of state fund 1Malaysia Development Berhad (1MDB). An appeals court upheld the verdict last year.

Najib, who has pleaded not guilty to all charges, replaced his legal team just three weeks before his final appeal at the Federal Court began Monday. Out on bail pending the hearings, he could become the country’s first prime minister, former or sitting, to be jailed if the appeal fails.

Defence lawyers had asked the court to admit new evidence that they said would prove that the trial judge who convicted Najib had a conflict of interest, owing to his previous employment at a bank that had conducted business with 1MDB.

In a unanimous judgment, the five-member court on Tuesday rejected the motion, finding that the evidence sought had either been publicly available or could have been obtained with reasonable diligence during the trial.

“The entirety of the additional evidence sought to be introduced is, in our view, irrelevant to the charges proffered against the applicant and fails to disclose any conflict of interest,” Chief Justice Tengku Maimun Tuan Mat said.

The court also denied a request by Najib’s newly-appointed lawyers for a three- to four-month postponement, to fully prepare their arguments given the complexity of the case.

Najib told reporters after the hearing he was “shocked and disappointed” by the judges’ ruling, but remained hopeful that he would eventually be exonerated.

The ex-premier has previously cited 94 reasons why he should be acquitted, including that lower courts had erred in some of their findings, documents submitted before the appeal showed.

The hearing resumes on Thursday.