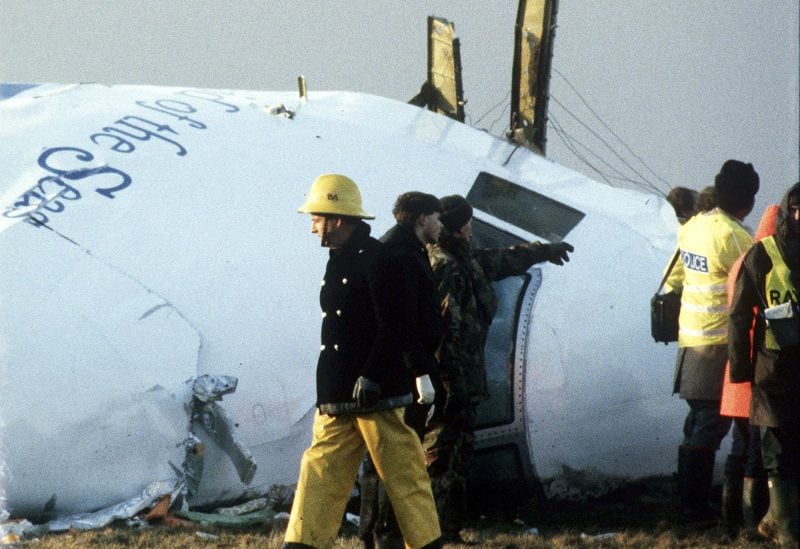 FILE PHOTO: A December 23, 1988 file photo shows Scottish rescue workers and crash investigators search the area around the cockpit of Pan Am flight 103 in a farmer's field east of Lockerbie, Scotland.REUTERS/Greg Bos KM/CLH/

The BBC reported on Sunday, citing Scottish authorities, that a man accused of making the bomb that blew up Pan Am flight 103 over Lockerbie in Scotland in 1988 is in custody in the United States.
Abu Agila Masud has been taken into custody after the United States announced charges against him two years ago, the BBC said.