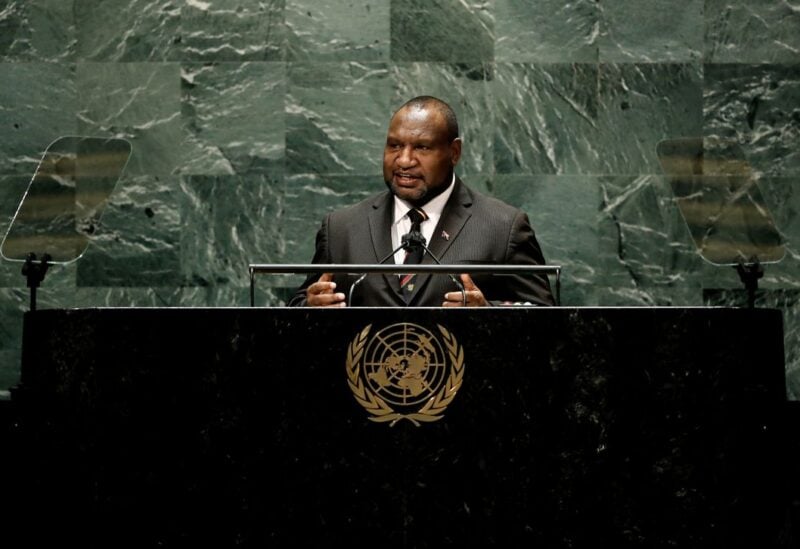 James Marape, who was sworn in as Prime Minister of Papua New Guinea on Tuesday following a national election, promised to modernize electoral systems and “extract more from our resources” without frightening away investors.

Voting in PNG’s general election, held every five years, lasted three weeks in July, but counting was delayed until Monday due to unusual conditions such as security concerns, attacks on vote boxes, and logistical obstacles, according to the electoral commission.

The election in the Pacific nation is among the world’s most challenging due in part to difficult terrain, extreme weather, poor transport infrastructure, and linguistic and cultural diversity.

International observers said the poll was plagued by violence, delays, fraud allegations and large numbers of voters missing from the electoral roll.

By Tuesday, the deadline for parliament to sit, 105 out of 118 seats had been declared. Two women were among those elected.

Marape, leader of the Pangu Party that clinched 36 seats, was elected unopposed on the floor of parliament to become prime minister, and will form a coalition government with over a dozen minor parties and independents.

Marape, who first became prime minister in 2019, said the coalition had a collective mandate and called for the nation to unite.

In an address to parliament, Marape said his government would update the electoral roll and possibly introduce electronic voting to strengthen democratic processes and “make sure one citizen gets one vote”.

He also flagged moves to return greater revenue from the mining and resource sectors to the economy.

“We went to the election to fight to get more from our natural resources,” he said.

“My generation, my type of people come from places where resources are abundant yet development is almost nil,” he added, pointing to scarce education and job opportunities.

PNG had oil, gas, gold, fish and timber, and he wanted companies and licence holders to work with his “new regime”.

“Your profit margin will be maintained but Papua New Guinea too must get a little bit more,” he said in comments directed at resource companies.

He also flagged more local processing of fish, timber, gold and metals to support the economy.