Massive fire rages near Jerusalem, no immediate word on cause 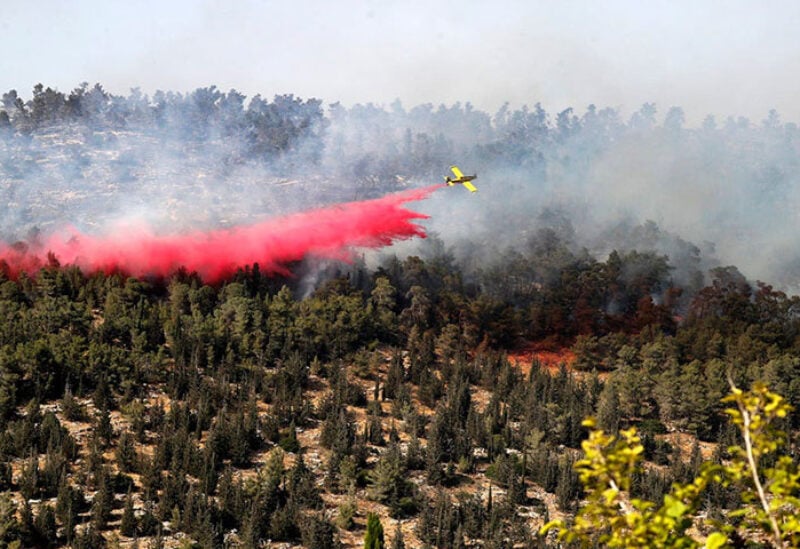 A massive fire broke out on the outskirts of Jerusalem led to villages being evacuated Wednesday as dozens of Israeli firefighters and 10 aerial tankers battled the blaze.

The highway from Jerusalem to Tel Aviv was shut down along with the train line that connects Israel’s two main cities, police said.

There was no immediate word on the cause of the fire, which spread through woods close to populated areas and sent dark smoke into the sky over the hills outside Jerusalem.

The villages of Maale HaHamisha and Yad Hashmona were evacuated, police said.