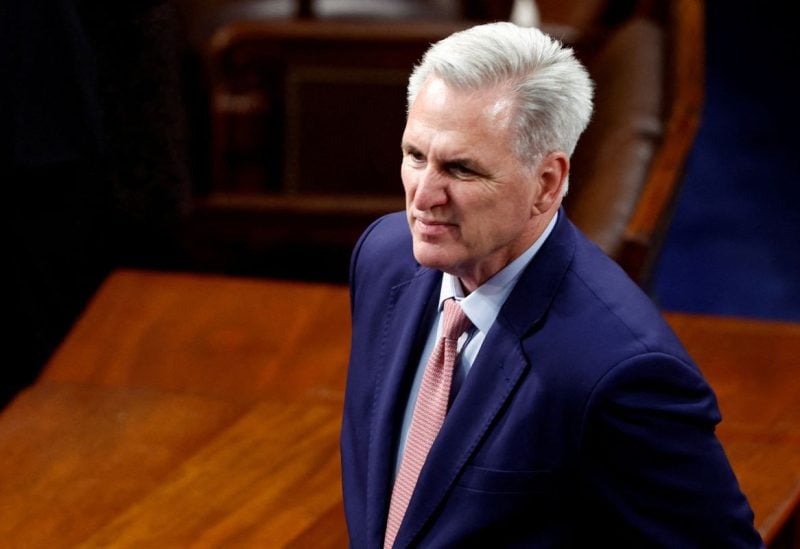 Kevin McCarthy, the top Republican in the United States House of Representatives, could fulfill a long-held dream of becoming speaker this week if he can survive a nightmare of infighting that threatens to stymie his party’s new majority.

The 57-year-old California Republican is widely expected to succeed Democrat Nancy Pelosi as House speaker, putting him second in line to the presidency and establishing him as a congressional power broker capable of stymieing Democratic President Joe Biden’s legislative ambitions in the run-up to the 2024 presidential election.

But the speaker’s post has proved to be a formidable challenge for Republicans in recent years, with John Boehner resigning the post in 2015 after a struggle with rebellious conservatives.

Boehner’s successor, Paul Ryan, a frequent target for conservatives, decided not to seek reelection in 2018 as then-President Donald Trump shifted the party focus from Ryan’s fiscal priorities to immigration and culture-war issues.

“Kevin deserves the opportunity to lead,” said Republican Representative Dave Joyce of Ohio, who credits McCarthy for the campaign platform that helped Republicans take control of the House in the November midterm elections.

“Kevin is great at putting people together, letting the conversations take place and building a consensus,” Joyce told Reuters. “That’s what he did to create the ‘Commitment to America’ that we ran on.”

McCarthy has spent his adult life in politics, first as a congressional staffer and then state legislator before being elected to the House in 2006. Ascending to the speakership would represent the pinnacle of his career.

But in the ever-precarious world of Republican politics, his ability to obtain the coveted gavel is an open question.

Republicans emerged from the November elections with a narrow 222-213 majority, and McCarthy is facing stiff opposition from hard-line conservatives including incoming members, staunch allies of former President Donald Trump who want outsized influence in exchange for their support.

“I’ve gotten a lot of emails from people telling me that they don’t want me to vote for Kevin McCarthy, and I do listen to what my constituents say,” Representative-elect Anna Paulina Luna said in a recent podcast interview with former Trump adviser Steve Bannon.

McCarthy’s office did not respond to repeated requests for comment on the speaker’s race.

If he succeeds, McCarthy will face an ongoing struggle to control the 435-seat chamber against the hard-line House Freedom Caucus’s efforts to move the Republican conference ever further to the right.

At the same time, McCarthy, who has been House minority leader since 2019, would need to work with a Democratic Senate and the Biden White House on must-pass legislation.

Lawmakers will gather at the U.S. Capitol on Tuesday to be sworn in as the 118th Congress. House Republicans and Democrats will then move quickly to a floor election for speaker, at which McCarthy will need support from a majority of members present to obtain the top congressional post.

McCarthy supporters hope this year’s showdown won’t end in a repeat of his 2015 bid for the speaker, when he was forced to withdraw in the face of conservative opposition. That year, the speakership went instead to a reluctant Ryan.

But already there is speculation that incoming House Majority Leader Steve Scalise or conservative leader Jim Jordan could emerge as a Republican compromise candidate.

The House Freedom Caucus is pushing for rule changes that would make it easier to control the speaker and enhance the hard-line group’s influence within the Republican conference.

McCarthy ran afoul of hard-liners when he publicly acknowledged that Trump bore responsibility for the deadly Jan. 6, 2021, attack on the U.S. Capitol, days after the violence, though he later repeatedly voiced allegiance to the former president.

“I think he’s just a shill of the establishment. I think that Kevin McCarthy is little more than a vessel through which lobbyists and special interests operate,” Republican Representative Matt Gaetz said last week in an interview with the Daily Caller, a conservative news and opinion website.