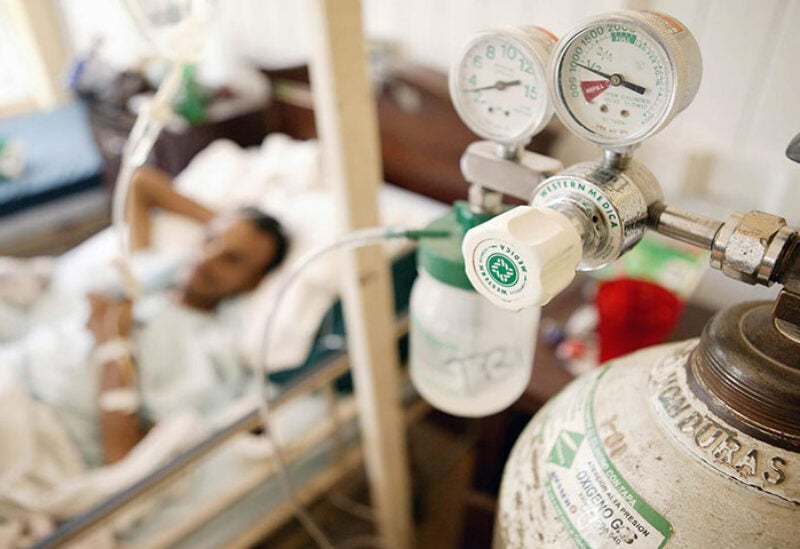 Shortage of medical oxygen for coronavirus patients has struck nations in Africa and Latin America, where warnings were ignored at the start of the pandemic and doctors say the shortage has led to unnecessary deaths.

It takes about 12 weeks to install a hospital oxygen plant and even less time to convert industrial oxygen manufacturing systems into a medical-grade network. But in Brazil and Nigeria, as well as in less-populous nations, decisions to fully address inadequate supplies only started being made last month, after hospitals were overwhelmed and patients started to die.

The gap in medical oxygen availability “is one of the defining health equity issues, I think, of our age,” said Peter Piot, director of the London School of Hygiene & Tropical Medicine, who said he survived a severe coronavirus infection thanks to the oxygen he received.

Doctors in Nigeria anxiously monitor traffic as oxygen deliveries move through the gridlocked streets of Lagos. Desperate families of patients around the world sometimes turn to the black market. Governments take action only after hospitals are overwhelmed and the infected die by the dozens.

In Brazil’s Amazonas state, a pair of swindlers were caught reselling fire extinguishers painted to look like medical oxygen tanks. In Peru, people camped out in lines to get cylinders for sick relatives.

Only after the lack of oxygen was blamed for the deaths of four people at an Egyptian hospital in January and six people at one in Pakistan in December did governments address the problems.

Even before the pandemic, sub-Saharan Africa’s 2,600 oxygen concentrators and 69 functioning oxygen plants met less than half the need, leading to preventable deaths, especially from pneumonia, said Dr. John Adabie Appiah of the World Health Organization.

Yet without formal requests from governments, nearly $20 billion in World Bank coronavirus funds for the world’s poorest countries has been left unspent, the organization told The Associated Press.

Nigeria was “struggling to find oxygen to manage cases” in January, said Chikwe Ihekweazu, head of its Centre for Disease Control.

A main hospital in Lagos, a city of 14.3 million, saw its January virus cases increase fivefold, with 75 medical workers infected in the first six weeks of 2021. Only then did President Muhammadu Buhari release $17 million to set up 38 more oxygen plants and another $670,000 to repair plants at five hospitals.

Some oxygen suppliers have dramatically raised prices, according to a doctor at the Lagos University Teaching Hospital who spoke on condition of anonymity because he was not allowed to talk to reporters. That has driven up the cost of a cylinder by 10 times, to $260 — more than the average monthly wage — and a critically ill patient could need up to four cylinders a day.

Oxygen shortages remain critical in Peru, where Dani Luz Llamocca waited five days outside a distribution center in Lima, saying her virus-stricken father was down to less than half a tank of oxygen. She was willing to wait as long as it took. “If not, my father will die,” said Llamocca.

The WHO’s Appiah said countries with mining industries could, with few changes, convert their systems to produce medical-grade oxygen.

India’s national trade body for gas makers suggested just that last April, when the virus caseload was relatively low. Industrial storage tanks were repurposed at hospitals, said Surendra Singh, a manager for the Indian division of the multinational Linde corporation.