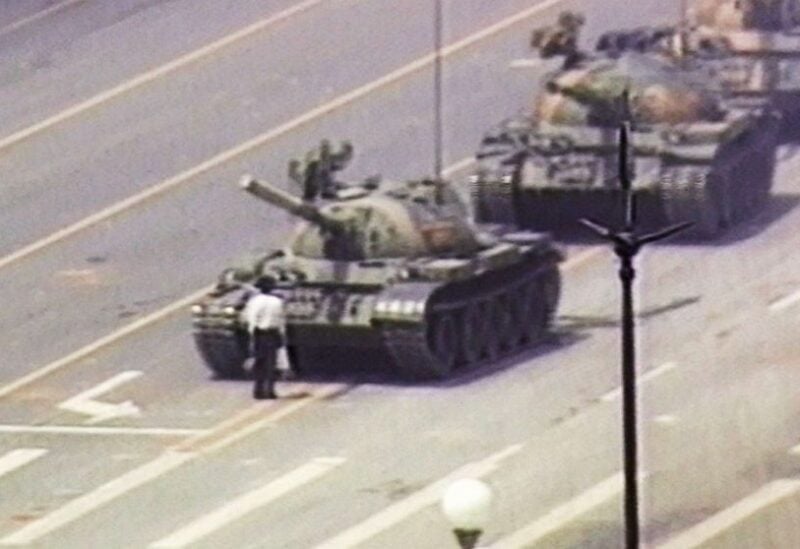 The man who defied the tanks at Tiananman square, archive

After two months to Hong Kong University authorities ordering its removal, the statue commemorating those killed in Beijing’s Tiananmen Square protest, was removed from the campus, during an overnight operation.
The 8-metre-tall (26ft) Pillar of Shame, which shows 50 torn and twisted bodies piled on top of each other, was created by Danish sculptor Jens Galschiøt to symbolise those who lost their lives during the bloody military crackdown on pro-democracy protesters in Tiananmen Square on June 4, 1989.
The decision to remove the memorial, which has been placed on the campus since 1997, came in October citing “legal risks”, drawing backlash from activists and rights groups.
In a statement on Thursday morning, the university council confirmed the removal, saying the decision to take down the statue was made based on “external legal advice and risk assessment” after a Wednesday meeting.
“Latest legal advice given to the university cautioned that the continued display of the statue would pose legal risks … based on the Crimes Ordinance enacted under the Hong Kong colonial government,” the statement said, without specifying the “legal risks”.
The council also said that it was “very concerned about the potential safety resulting from the fragile statue” and noted that no official approval had ever been granted for its display.
Meanwhile, Galschiøt expressed shock and threatened to take legal action against the university if the statue incurred any damages.
“This is a really expensive sculpture. So, if they destroy it, then of course we will sue them,” Galschiøt told AFP, adding, “It’s not fair.”
He claimed that he had contacted the university to personally collect the statue, but received no response from them.
More than 100 pro-democracy activists have been arrested under the national security law, which has been criticized as rolling back freedoms promised to Hong Kong when it was handed over to China by Britain in 1997.