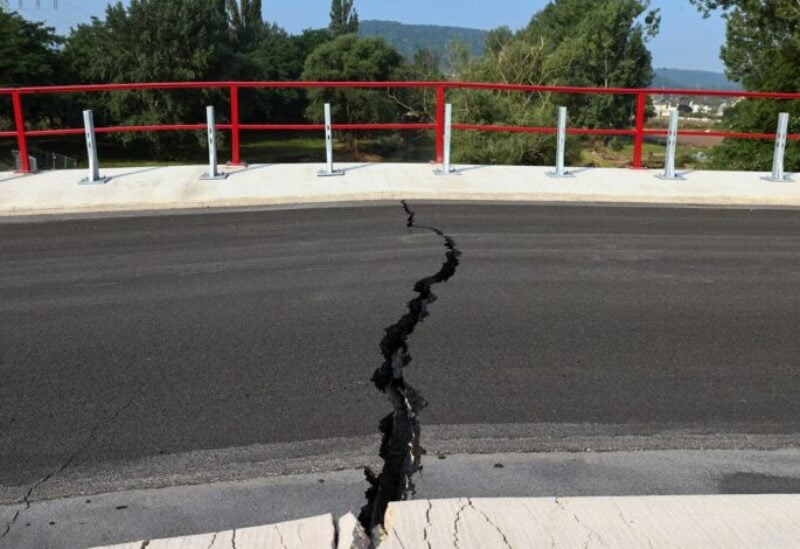 On Tuesday, German officials confronted growing public outrage over devastating floods that overtook large areas of the country last week, catching Europe’s richest economy off guard in a calamity that had been anticipated just days before.

As German Chancellor Angela Merkel made her second trip to the disaster zone, concerns arose about how well local and national authorities were prepared for the floods that rushed over vulnerable towns and villages last week.

In an online panel discussion, Julian Reichelt, editor of Bild, Germany’s largest circulation newspaper, said, “There were warnings about the masses of debris and floodwaters that were rolling towards these people, and these warnings were not handled at all in the way such warnings should have been.”

The floods have put the crisis management abilities of Germany’s leaders on the spotlight, with opposition parties claiming the death toll indicated severe failures in flood preparedness. The country is about 10 weeks away from national elections.

“I was very surprised really at the scale of the deaths and destruction because from my point of view it looked like we could forecast this event coming,” Hannah Cloke, professor of hydrology at Reading University, said.

The floods killed more than 160 people in Germany, tearing through villages, sweeping away houses, roads and bridges and highlighting gaps in how warnings of severe weather are passed on to the public.

In Germany’s decentralized system, responsibility for disaster protection is split between the federal government and regional and local authorities, but officials have rejected suggestions they had done too little to prepare and said warning systems had worked.

The parliamentary domestic affairs committee is due to meet next week to discuss how well the systems functioned.

“We have to look at what worked and what didn’t work but we shouldn’t forget that this was a flood such as there hasn’t been for a very, very long time,” Merkel said in Bad Muenstereifel, noting that the mayor of the mediaeval spa town had said that no such flooding had been seen there for 700 years.

Several experts said the unprecedented scale of the floods meant existing defenses would inevitably be overwhelmed. But critics pointed to failures in warning sirens that had been allowed to fall into disuse, delayed evacuations as well as patchy mobile phone warning systems whose efficacy was limited due to networks being knocked out.

In a country where many are wary of data sharing due to years of surveillance in the formerly Communist east and under Hitler’s Nazi regime, tight privacy rules allow warning messages to be sent only to individuals who have in advance agreed to be notified.

“The good old siren may be more useful than we thought,” Merkel said.

Nearly two decades after then-center-left Chancellor Gerhard Schroeder was re-elected in part due to his calm response to disastrous floods in eastern Germany, the calamity has inevitably cast a shadow over the September election.

Since the flooding began last week, an opinion survey showed Merkel’s Christian Democratic Union party gaining ground (CDU). However, after being seen on camera smiling as President Frank-Walter Steinmeier visited one of the flood zones, Armin Laschet, the state premier nominated by the party to succeed her as chancellor, has seen his own popularity plummet.

The financial cost of Germany’s worst natural disaster in almost 60 years will also weigh heavily on the next government.

Coming on top of unprecedented spending on coronavirus relief measures, the cost is sure to run into the billions. Bavarian Environment Minister Thorsten Glauber said his southern state would spend 40 billion euros on flood defenses in the coming 20 years.

According to a draft statement expected to go to the cabinet on Wednesday, the federal government aims to contribute 200 million euros ($236 million) in emergency aid to repair buildings and damaged municipal infrastructure, as well as to assist people in crisis circumstances.

This is in addition to the 200 million euros pledged by the 16 federal states. In addition, the administration wants to get financial assistance from the European Union’s solidarity fund.