Merkel, Putin clash over Navalny on her last trip to Russia 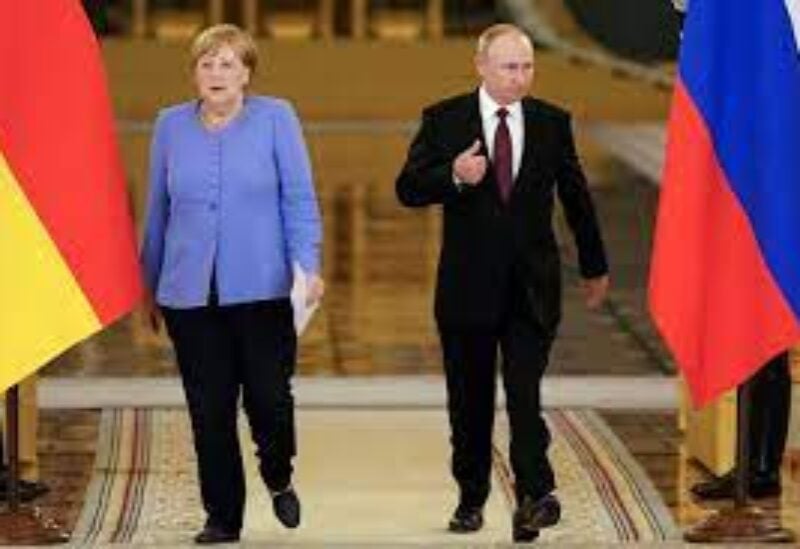 Chancellor Angela Merkel used her final official visit to Russia on Friday to urge President Vladimir Putin to release Kremlin critic Alexei Navalny, but Putin refused her, claiming the detention had nothing to do with politics.

The meetings took place on the one-year anniversary of Navalny’s poisoning, which damaged Russia-Germany relations. Merkel is set to step down after the elections next month.

Navalny was transported to Germany last year after being poisoned with a military nerve agent, according to the West. Moscow denies this and accuses the West of spreading false information. When Navalny returned to Russia, he was arrested.

“I have asked that the president free Navalny once more, and I have made it plain that we will continue to pursue this matter,” she added.

Putin rebuffed Merkel’s remarks, while not identifying Navalny by name and referring to him only as the “subject”.

“As for the subject in question, he was not convicted for his political activities, but for an offence against foreign partners,” Putin said, a reference to the embezzlement case.

On Friday, Britain and the United States imposed sanctions on Friday on men they said were Russian intelligence operatives responsible for the poisoning of Navalny. Neither the Kremlin nor any of those named offered any immediate comment.

Washington has also imposed sanctions on one Russian vessel and two Russian individuals involved in the yet-to-be-completed Nord Stream 2 gas pipeline, soon after Putin said it is almost finished.

APPEAL TO THE WEST

In a letter to mark the anniversary that was published in three European newspapers on Friday, Navalny appealed to the West to do more to combat corruption in countries like Russia.

In Britain, the government published details of sanctions against seven individuals it said were Russian intelligence operatives suspected of involvement in his poisoning.There was no immediate reaction from Moscow.

Relations between Merkel and Putin, two of Europe’s longest serving leaders, soured in 2014 when Russia annexed Crimea from Ukraine, drawing broad condemnation and sanctions from the West.

At a news conference following talks that lasted almost three hours, the leaders said they had discussed Afghanistan, Libya and the Nord Stream 2 pipeline from Russia to Germany.

Putin told reporters that there were just 15 kilometers (9.3 miles) left to complete the undersea gas pipeline that the U.S. has opposed. Washington says it will deal a huge blow to ally Ukraine by bypassing the historic transit country.

Merkel said she urged Putin to extend Moscow’s gas transit deal with Ukraine that expires in 2024.

Putin told reporters that Russia planned to fully comply with its obligations on gas transit via Ukraine and that Moscow was ready to extend the transit agreement beyond 2024 but that it needed more details.

But Putin said he had the impression that the leadership in Ukraine had decided against a peaceful resolution to the conflict in eastern Ukraine and that Kyiv looked poised to adopt legislation that he said would amount to it unilaterally exiting a peace deal.

On Afghanistan, Putin said it was not in Russia’s interests to dwell on the results of the U.S. military campaign there and that it was important to establish good and neighborly relations with Afghanistan.

Merkel is due to step down as chancellor after a Sept. 26 election that will end 16 years in office, while Putin, who has been in power for more than two decades, is next up for election in 2024, though he has not said whether he will run.

Merkel, 67, grew up in former Moscow-backed East Germany and speaks Russian, while Putin, 68, was based in Dresden during the Cold War as a KGB officer and speaks German.