Mexican president thanks Biden for COVID shots to ease shortage 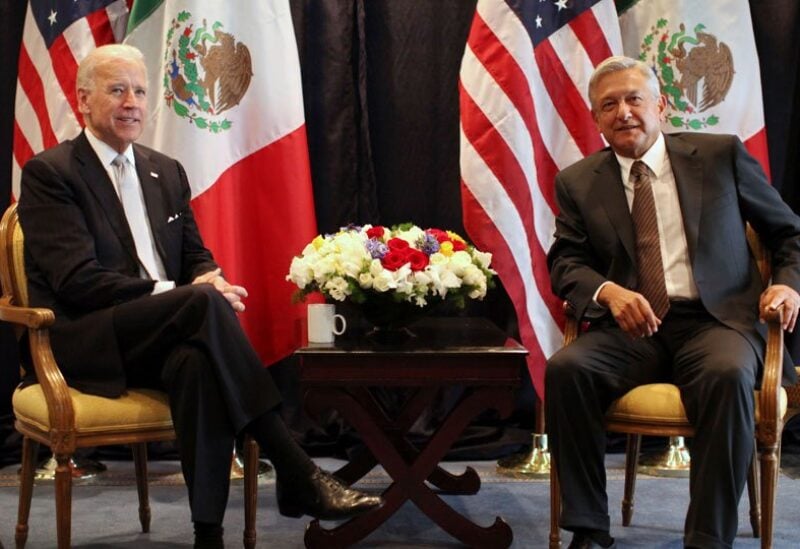 Mexico’s president thanked his U.S. counterpart Joe Biden on Friday for agreeing to provide 2.7 million COVID-19 vaccines to help offset a shortfall in its inoculation drive.

President Andres Manuel Lopez Obrador told a news briefing that the United States will send doses of AstraZeneca’s vaccine, which are slightly more than the 2.5 million U.S. officials had previously indicated.

“We thank President Biden for sending us these vaccines,” Lopez Obrador said in the eastern state of Veracruz, noting the deal was reached on good terms for Mexico and that he hoped the vaccines would be arriving from next week.

Due to delays in promised deliveries, Mexico has scrambled to obtain enough vaccines for its inoculation plans, leaning increasingly on Russia and China to secure doses.

Officials announced the deal just as Mexico said it would restrict travel on its southern border with Guatemala to curb the spread of COVID-19, dovetailing with efforts to contain a surge in U.S.-bound illegal immigration from Central America.

Mexican and U.S. officials said the two steps were not a quid pro quo, but foreign policy experts noted that the agreements suited both governments.

Lopez Obrador said that in return for the vaccines, Mexico would give the United States what it had “always” given, namely “friendship and cooperation across all spheres.”

He said that the vaccines would help Mexico reach its goal of inoculating its population of 126 million, beginning with a first shot for all people over 60 by the end of April.

Lopez Obrador on Friday also praised U.S. drug-maker Pfizer for its vaccine deliveries, which had previously been subject to delays due to supply bottlenecks.