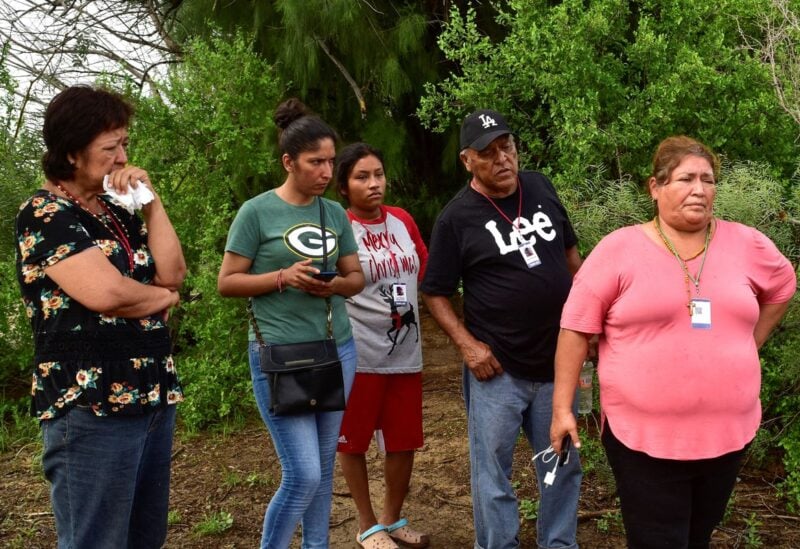 Relatives of miners trapped in the flooded Pinabete coal mine react while talking to reporters after rejecting a government plan to find the miners that officials said could stretch from six and 11 months, in Sabinas, Coahuila state, Mexico August 25, 2022. REUTERS/Cesar Alejandro Fernandez/File Photo

Mexican authorities quietly admitted on Monday that they are given up on hopes of saving the men alive by announcing an 11-month plan to look for and recover the bodies of the 10 coal miners who became trapped below a month ago.

The transition to recovery comes after weeks of nonstop rescue operations to pump water out of the mine and free the men in the northern border state of Coahuila on Aug. 3, when a tunnel wall collapsed and flooded the Pinabete mine.

Manuel Bartlett, the head of national electricity company CFE, told reporters on Monday in a visit to the mine that a plan was underway to build an open pit mine to recover the miners’ bodies.

“We have the clear assignment from the president … to start immediately, by the method of this open pit, to locate and rescue the bodies of the miners who lost their lives here,” Bartlett said.

On Sunday, Mexico’s attorney general’s office said it had obtained arrest warrants for three individuals it accused of “having allowed illegal coal exploitation activities” at the Pinabete mine.

Mexican President Andres Manuel Lopez Obrador first signaled the government’s shift from rescue to recovery on Aug. 28, when he spoke about a plan in the works to “remove the bodies” from the mine.

Bartlett and the director of Mexico’s Civil Protection agency, Laura Velazquez, met with the miners’ wives, who Velazquez said “are in agreement” about the plan.

Lopez Obrador said last week that the miners’ families would receive government compensation, noting that many live in poverty.

In a statement Monday, CFE detailed the process to recover the bodies by pulling out 5.6 million cubic meters of material from an open pit mine that is expected to measure 450 meters (1,476 ft) long, 320 meters wide and 60 meters deep.

The entire process will be conducted in six stages over 11 months, CFE said.