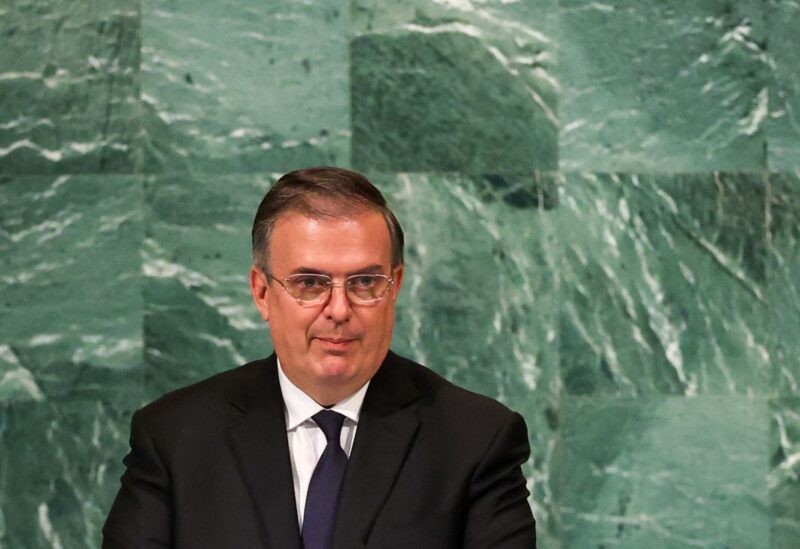 In order to discuss a Mexican peace proposal for the Ukraine crisis that he submitted to the U.N. General Assembly this week, Mexican Foreign Minister Marcelo Ebrard announced on Friday that he met with his Russian colleague Sergei Lavrov.

Mexico has suggested a compromise to stop the war, but Ukraine rejects it because it would benefit Russia, according to Ukraine.

Ebrard wrote on Twitter that he and Lavrov had a “cordial conversation,” and posted a picture of himself and Lavrov sitting across from each other at a table, a day after the Mexican minister held a separate conversation with his Ukrainian counterpart.

Still, Lopez Obrador, who has condemned Russia’s invasion and criticized Western arms shipments to Ukraine, suggested he was not seeking to discuss the plan personally with Putin when asked earlier this week if the two leaders would speak.

“I don’t want to play a leading role, as a government we’re making a proposal to see if it’s accepted,” he said.

Mexico’s proposal has drawn criticism from Ukraine, with an adviser to Zelenskiy, Mykhailo Podolyak, last week calling it a “Russian plan” that would “give Russia time to renew reserves before the next offensive.”

Ukraine’s ambassador to Mexico also rejected the idea, telling reporters that “we have to continue the fight to liberate our territory.”

It is unclear whether the proposed members of Mexico’s mediation committee have agreed to take part.

The conflict has displaced millions, killed thousands of civilians and left cities, towns and villages in ruins.