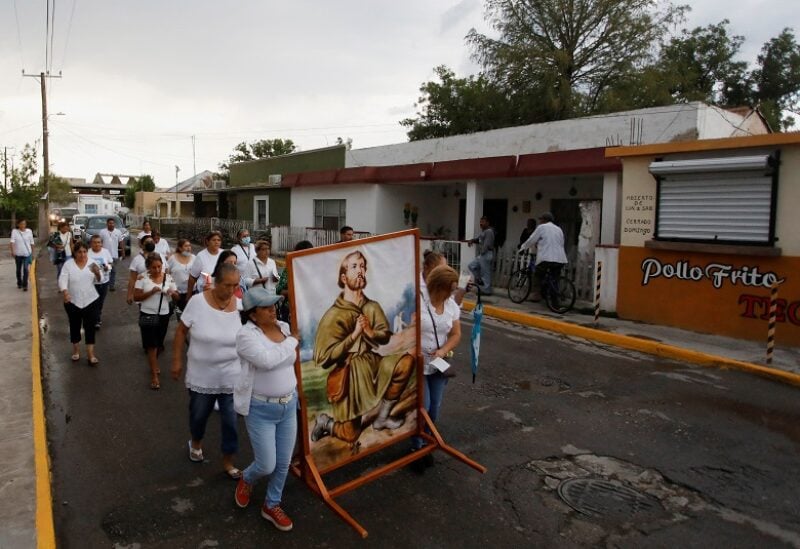 People take part in a procession for the miners trapped in a coal mine that collapsed in Sabinas, Coahuila state, in San Jose de Cloete, Mexico August 12, 2022. REUTERS/Daniel Becerril

Hundreds of rescuers, including soldiers and military scuba divers, they are in the position to search a flooded coal mine in the northern state of Coahuila, where 10 workers have been trapped since August 3. Mexican authorities said on Friday.

“We have all the conditions to go down there… to search for and rescue” the miners, civil defense national coordinator Laura Velazquez said via video during President Andres Manuel Lopez Obrador’s morning news conference.

A specialist team with the military has attempted several descents into the vertical shafts of the El Pinabete mine to remove wood and other debris blocking their way, Velazquez said.

However, they had not yet reached the floor of the deep shaft to access the main tunnels where the workers were believed to be trapped.

The mine collapsed when the miners entered a neighboring area filled with water earlier this month. Authorities had said the miners were stuck in 200-foot (61-meter) shafts that were half flooded.

Defense Secretary Luis Cresencio Sandoval said the water level in one of the three shafts that rescuers would try to enter had been reduced to 70 centimeters (27 inches), down from over 30 meters initially.

Authorities consider 1.5 meters to be an acceptable water level to gain access to the crudely constructed mine.

The latest announcement on Friday offered a new glimmer of hope to the miners’ families amid drawn-out rescue attempts.
Mexico’s main coal-producing region of Coahuila has seen several fatal mining incidents over the years, the worst of which was an explosion that claimed 65 lives at the Pasta de Conchos mine in 2006.

Last year, seven people died when they were trapped in another mine in the region.

The latest incident has reignited concerns over the actions of mining companies in the area, with Mexico’s Attorney General’s Office announcing on Thursday that the owner of the collapsed mine will be charged over illegal exploitation.