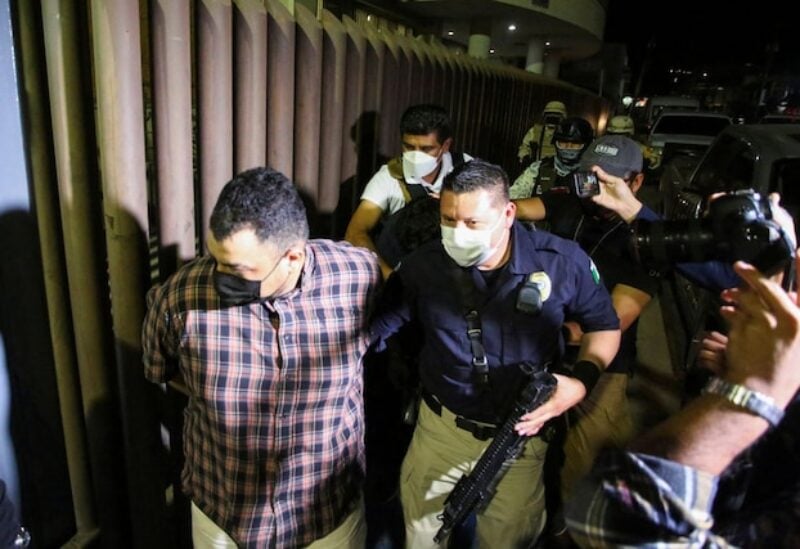 “We are working, they are not forgotten,” Lopez Obrador in a news conference, during which his team presented photographs and maps showing the movements of the alleged perpetrators.

Rosa Icela Rodriguez, head of the Security and Citizen Protection law enforcement agency confirmed the arrest of three people linked to the crime.

Neither Lopez Obrador nor his security team gave details on their identity or motive.

Maldonado, 68, was shot in front of her house in the border city of Tijuana on Jan. 23. Three years earlier, she had raised the issue of journalist killings with Lopez Obrador during a news conference and said she feared for her life.

So far this year, three other journalists have been killed: Jose Gamboa in the eastern state of Veracruz, Margarito Martinez in Tijuana and Roberto Toledo in the western state of Michoacan.

Activists say criminal groups and drug gangs, as well as corrupt officials, are suspected of carrying out many of the killings of reporters in Mexico.

U.S. lawmakers urged Mexico to step up protection for journalists and criticized the president for publicly lashing out at his government’s critics in the media on Tuesday.

Senators Tim Kaine and Marco Rubio asked the Biden administration in a letter to U.S. Secretary of State Antony Blinken to take a bigger role in pushing the Mexican government for stronger action.