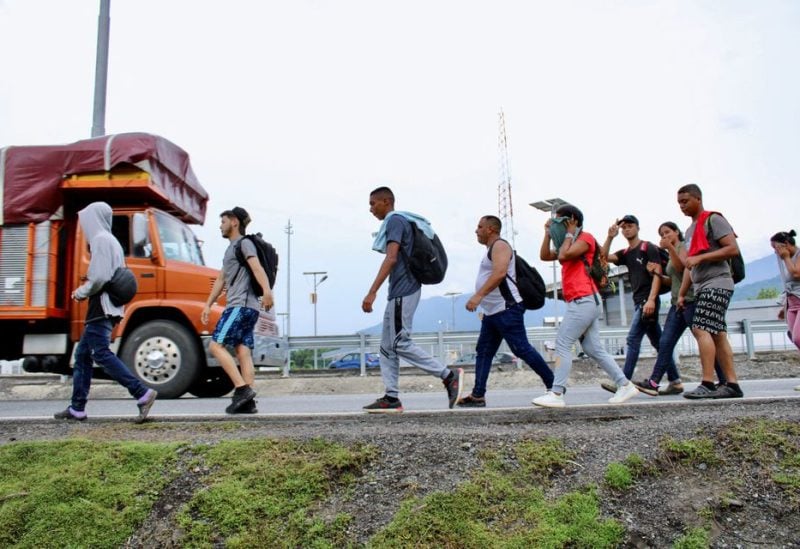 Mexico’s government attempted on Saturday to deter Venezuelan migrants from forming caravans, saying any who do will be unable to enter the United States under a new humanitarian plan launched this week.

According to a proposal proposed on Wednesday, Washington would provide up to 24,000 Venezuelans humanitarian admission to the United States by air, while allowing US officials to deport anyone found attempting to cross illegally by land to Mexico.

The plan is the latest bid to curb record numbers of illegal crossings at the Mexico-U.S. border fueled in part by a jump in Venezuelans entering Mexico to try to reach the United States.

The Mexican government’s National Migration Institute (INM said it would be in permanent communication with U.S. border authorities, and warned Venezuelans planning to take advantage of the scheme to enter the United States not to form caravans.

“It is therefore important to note that marching in a caravan or traveling irregularly in Mexican territory cancels the process,” the institute said in a statement.

On Friday morning a caravan of several hundred mostly Venezuelan migrants formed in southern Mexico, and though it later dispersed, hundreds more set off on Friday evening in smaller groups also bound for the U.S. border.

On Saturday, INM officials backed by the National Guard broke up migrant groups trying to move from the southern border state of Chiapas into neighboring Oaxaca, where Venezuelans have been gathering to obtain transit permits, an INM source said.

An INM spokesperson said officials were carrying out routine checks.

To qualify for the U.S. program, Venezuelans will need to be able to secure a sponsor in the United States in advance. Mexico’s government had already instructed Venezuelans not to proceed to the U.S. border before making their applications.