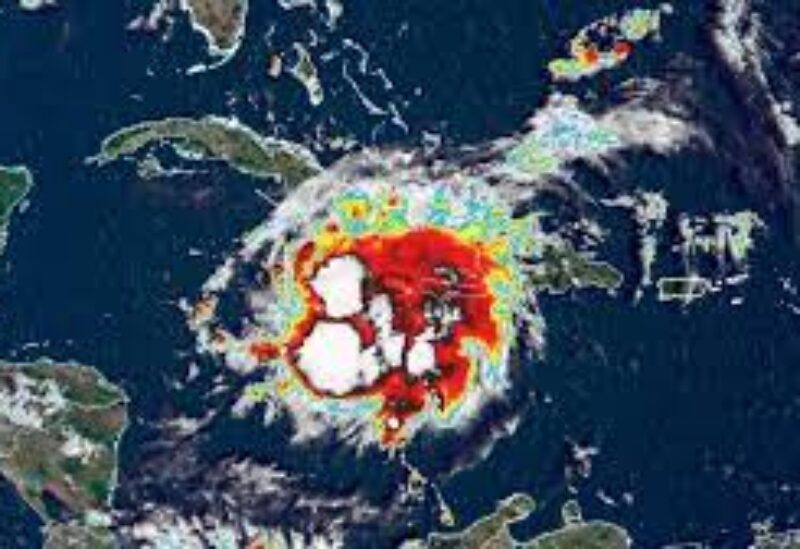 With threats of grounding flights and bringing strong winds, flash flooding and large waves, tropical storm Grace strengthened into a hurricane on Wednesday as it barreled toward Mexico’s Caribbean coast.

A hurricane warning was in effect for a string of beach resorts, including Cancun, on Mexico’s Yucatan Peninsula, the US National Hurricane Center (NHC) in Miami said.

At least 124 flights to or from Cancun were canceled, the city’s mayor, Mara Lezama, said on Twitter.

At 0000 GMT, the Category One hurricane, the lowest on the five-level Saffir-Simpson scale, was packing maximum sustained winds of 80 miles per hour, according to the NHC. It was located 170 miles east of the Mexican town of Tulum and expected to make landfall early Thursday, having already drenched earthquake-stricken Haiti, the NHC said.

The storm was then expected to cross the southwest Gulf of Mexico before lashing the eastern states of Veracruz and Tamaulipas.

Grace was “expected to bring strong winds and a dangerous storm surge” to parts of the Yucatan, according to the NHC.

“Heavy rainfall from Grace will likely result in areas of flash and urban flooding, and will also be capable of producing mudslides,” it said.

The storm surge will be accompanied by “large and destructive waves” near the coast, the NHC warned.

Businesses on Mexico’s Riviera Maya boarded up windows, while fishermen and tour operators hauled their boats onto land and tourists soaked up the final hours in the sun.

At supermarkets in Cancun, some residents stocked up on food in preparation for the storm’s arrival, although the authorities called on people to avoid panic buying.

“We don’t know what it will be like,” said 41-year-old housewife Hortencia Rodriguez.

“With Wilma we didn’t prepare and we were hit hard,” she said, referring to a Category 5 hurricane that pummeled Cancun in 2005.

Authorities in Mexico’s southeastern state of Quintana Roo set up 85 shelters for people who needed refuge from the storm.