Mideast leaders plus France meet in Baghdad: Macron says France will stay in Iraq whatever U.S. decides to do 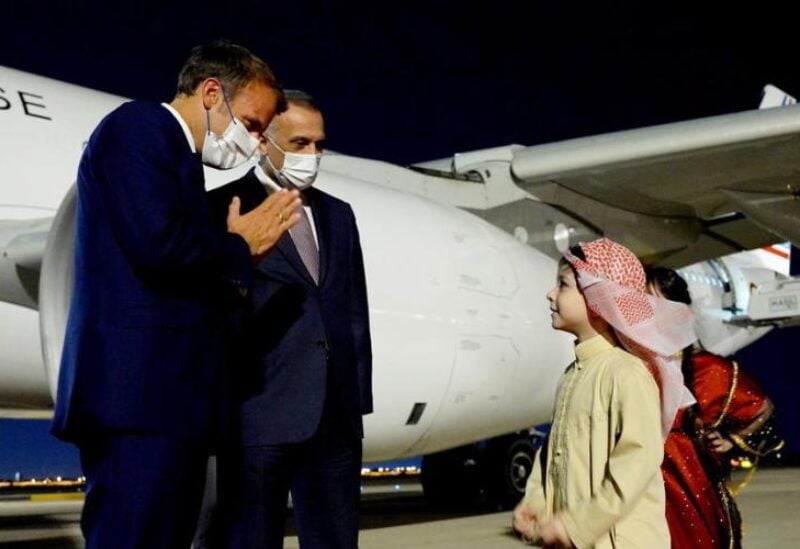 Several Middle Eastern leaders, as well as French President Emmanuel Macron, convened in Baghdad on Saturday for a summit sponsored by Iraq, which wants its neighbors to talk to one another rather than settle scores on its soil.

Iraq has become the target of assaults on US soldiers and murders of Iranian and Iraqi paramilitary leaders as a result of the competition for influence in the Middle East between Iran and the US, Israel, and Gulf Arab governments.

The strained relationships within the region have also led to disruptions to global oil supplies with attacks on Saudi Arabian oil installations – blamed on but denied by Tehran.

Organizers of the Baghdad summit said they did not expect any diplomatic breakthroughs. “Getting these countries to sit around the table – that will be achievement enough,” said one Iraqi government official.

Iranian officials have said they are focused more on the outcome of talks in Vienna with Western powers over Iran’s nuclear programme and international sanctions.

“The meeting in Iraq … is only focused on Iraq and how the regional countries can cooperate to help Iraq,” an Iranian official told Reuters ahead of the Baghdad summit.

The U.S.-Iran rivalry brought the Middle East to the brink of war after the United States under former U.S. President Donald Trump killed Iran’s military mastermind Qassem Soleimani in a drone strike at Baghdad airport in 2020.

Saudi Arabia has blamed attacks on its oil installations on Iran – a charge Tehran denies.

The U.S. military drawdown in Iraq and the new nuclear talks with Iran instigated by President Joe Biden’s administration have prompted Riyadh to favour engagement with Iran as a way to contain tensions without abandoning its security concerns.

Ahead of the summit, UAE Vice-President Sheikh Mohammed bin Rashid al-Maktoum met Qatar’s al-Thani and described him as a “brother and friend” in a sign of warming ties between the Gulf rivals.

Saudi Arabia, the UAE, Bahrain and Egypt in 2017 severed ties with Qatar over charges it supports terrorism – a broad reference to Islamist groups – which Qatar denied.

Since a deal in January, Riyadh and Cairo have restored diplomatic ties. Abu Dhabi and Manama have yet to do so.

Complicating the security landscape in Iraq, Turkish troops are battling Kurdish separatists in the north. Their presence has drawn rocket fire from Iran-aligned militias.

French President Emmanuel Macron affirmed that France will keep troops in Iraq as part of anti-terrorism operations for as long as the Iraqi government needs, whether or not the United States decides to withdraw.

Macron was speaking at a news conference in Baghdad where several Middle Eastern leaders were attending a summit.

Asked about evacuations of people from Afghanistan, Macron said there were preliminary discussions with the Taliban about humanitarian issues and who would help those who need protection. France said on Friday its evacuation operation had finished.