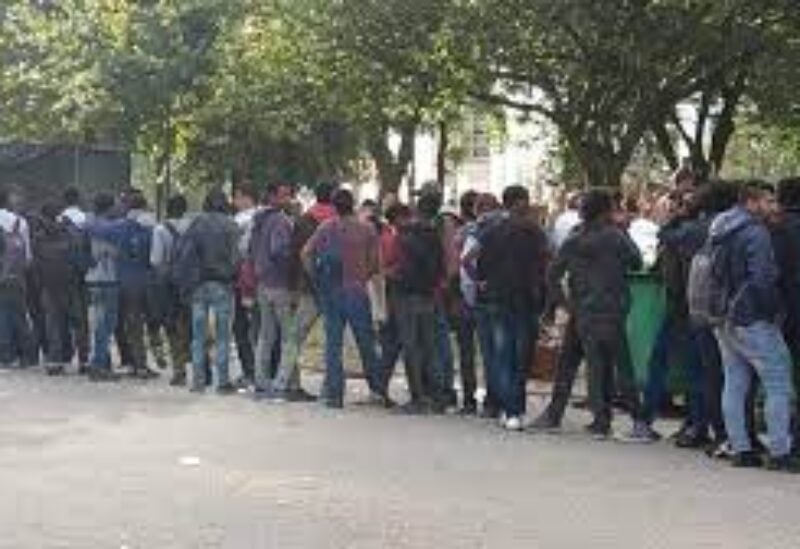 Two months into hunger strike by hundreds of undocumented migrants could bring down Belgium’s government, as some are refusing water and UN representatives say several are “between life and death”.

The UN is urging Belgium’s government to defuse the crisis by pledging not to deport the migrants.

It says Morocco and Algeria, where most fo the migrants are from, are stable countries that the protesters are therefore ineligible for asylum .

But the ruling coalition could fall apart after Socialist Party ministers said they would resign if a protester died.

“A tragedy is imminent,” the heads of the Socialist and Green parties said at the weekend.

“The information we have received is alarming, and several of the hunger strikers are between life and death,” they said.

Red Cross health workers were called in to assess the situation at three protest sites, which include a church and a university.

Mr Mahdi said “nobody wants a tragedy” to happen and that he was following the situation closely.

He said he had suggested to the hunger strikers that they submit residency requests individually rather than seeking a collective right to stay in Belgium.

The strike began on May 23. Estimates of the number of people involved range from 200 to 400.

Some of the protesters are too weak to stand, it was reported.

About 150,000 undocumented migrants are thought to live in Belgium, some of whom fear seeking legal status in case they are deported.