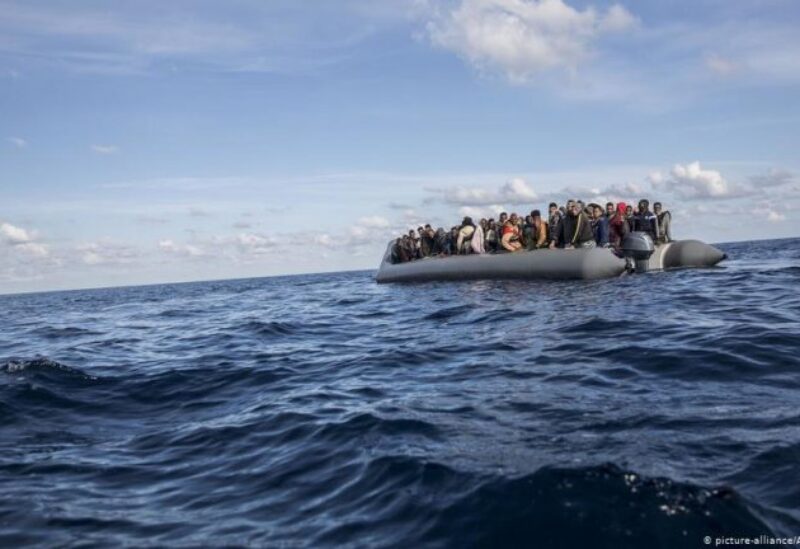 The man who jumped into the Mediterranean Sea from a migrant rescue ship, was safely recovered from the water on Wednesday evening, said SOS Mediterranee which operates the Ocean Viking vessel that was seeking a safe port to disembark 572 survivors on board.

The NGO quoted him as saying “if I knew when we would disembark, I could hold on. But I cannot take this uncertainty any more”.

He was rescued a week ago from a wooden boat in distress in the central Mediterranean.

Over the past week, the Ocean Viking rescued 572 migrants – including 183 children – in six separate operations.

This week the NGO appealed to the EU for help to disembark the migrants, among whom is a partially paralysed child who was found aboard a wooden boat with his wheelchair.

On Thursday, SOS Mediterranee said that “the situation is worsening by the hour” and tensions on board were increasing in the summer heat.

“Our medical team reports increasing cases of psychological distress. The absence of information is no longer bearable for survivors.”

On Tuesday, the rescue ship reported that its food was running out, while Rebecca, a midwife on board, said one of the survivors was a child only four months old.

Some of those on board have been treated for fuel burns, dehydration and extreme exhaustion.

“Europe can no longer remain passive in the face of recurring shipwrecks while consciously upholding a system of unspeakable abuse by supporting forced returns to Libya,” SOS Mediterranee said.

The UN’s migration agency has recorded 898 migrant deaths in the Mediterranean in 2021.

EU member states such as Italy and Malta often resist letting migrants enter their ports and say that more efforts are needed in North Africa to evaluate and organise migration requests.