Migrants camped in Belarus warehouse still hope to get to EU 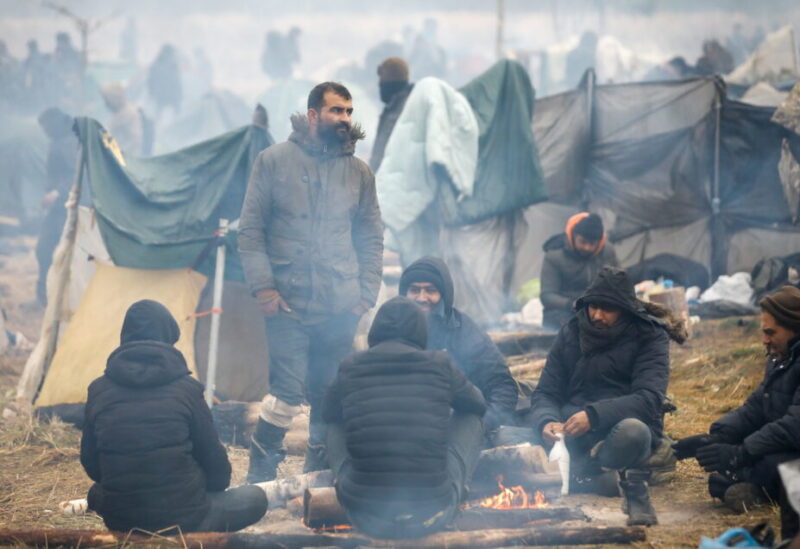 Migrants gather around a fire in a camp near Bruzgi-Kuznica checkpoint on the Belarusian-Polish border in the Grodno region, Belarus, November 18, 2021. REUTERS/Kacper Pempel

Sleeping on mattresses in a Belarusian warehouse, hundreds of Middle Eastern migrants are still clinging to the hope of a future in western Europe as the year draws to a close.

The nearly 600 migrants, from countries including Iraq, Turkey, Iran and Syria, are among thousands who flew to Belarus this year and tried to cross the forested border into Poland.

The European Union says Belarus encouraged them to come and then pushed them towards the border in a deliberate attempt to destabilise its eastern frontier. Belarus denies orchestrating the crisis and its veteran leader Alexander Lukashenko has said it is up to the migrants themselves to decide if they want to head west or return to their home countries.

Staff and volunteers of the International Organization for Migration (IOM) are working to register people willing to go back. But some are reluctant to do so, having spent thousands of dollars to get this far.