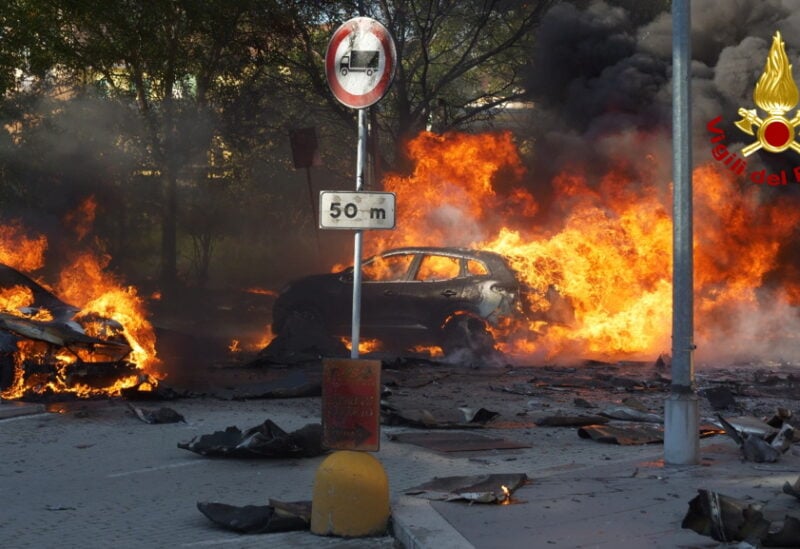 On Monday, the mayor of Milan, Italy’s financial city, requested answers about how a fire ripped through an apartment building and melted its exterior, comparing it to the Grenfell Tower disaster in London four years ago that killed 71 people.

Everyone managed to flee the 18-story building in Milan’s south end, which was razed by a fire that broke out on Sunday afternoon, according to firefighters. Mahmood, the winner of the 2019 San Remo music competition with his international song “Soldi,” was one of the inhabitants in the high-rise building.

According to witnesses, the fire erupted on the 15th level and immediately spread through the building’s exterior cladding. The blaze was captured on video, with panels melting off the building in liquid clumps.

“The tower was built just over 10 years ago and it is unacceptable that such a modern building should have proved totally vulnerable,” mayor Beppe Sala wrote on Facebook.

“What was clear from the start was that the building’s outer shell went up in flames far too quickly, in a manner reminiscent of the Grenfell Tower fire in London a few years ago.”

The deaths in Britain’s Grenfell Tower fire were blamed on exterior cladding panels made of flammable material. Owners of flats in similar buildings across Britain have since been forced to remove such panels at a cost estimated to run into billions of dollars, forcing many residents into economic hardship.