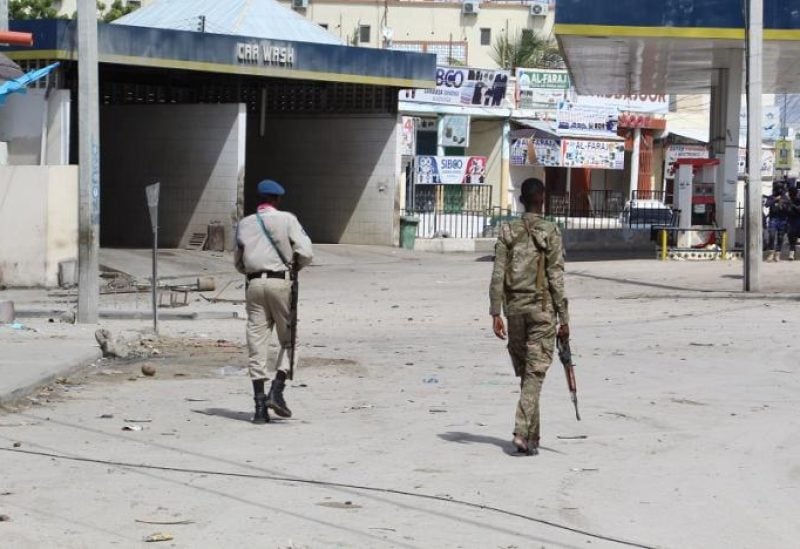 Somali security officials gather at the scene of an attack, outside the Hayat Hotel in Mogadishu, Somalia, 20 August 2022.

Gunmen stormed a hotel in the center of the Somali port city of Kismayo on Sunday, shortly after an explosives-packed car exploded at the hotel’s gates, police said.

Officials said gunmen were still inside the Tawakal Hotel and security forces were on the scene. The extremist group al-Shabab claimed responsibility for the attack.

The attack began when a car driven by a suicide bomber rammed the entrance gate of the hotel and then exploded, police officer Abshir Omar told The Associated Press by phone. A number of small businesses along the street were destroyed.

Some government officials and traditional elders were eating lunch in the hotel at the time of the explosion, he said.

There was no immediate word on casualties.

The hotel is popular as a meeting place for government officials. Kismayo is located about 500 kilometers (310 miles) from the Somali capital, Mogadishu. Al-Shabab is believed to have a strong presence in the areas surrounding Kismayo, the largest city and commercial capital of Jubaland State.

Al-Shabab, which has ties with al-Qaida, regularly carries out attacks in the Horn of Africa nation.