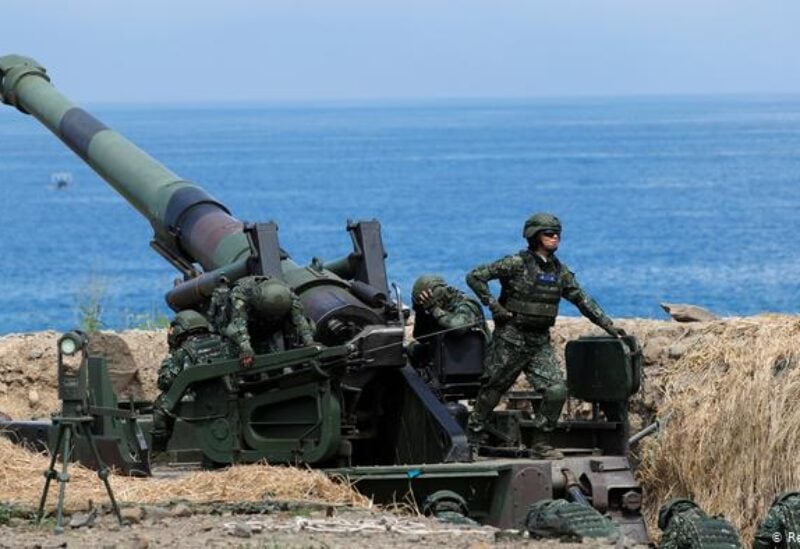 “Just” measure to safeguard peace and stability, this is how the Chinese Taiwan Affairs Office justified Beijing’s military drills near Taiwan, and accusing Taipei of “collusion” with foreign troops.
On Wednesday, Ma Xiaoguang, spokesperson for China’s Taiwan Affairs Office, blamed Taipei for escalating tensions, accusing it of fabricating “bogus charges” against Beijing and coluding with foreign countries.
“The [Democratic Progressive Party] DPP authorities’ hyping of the so-called’military threat” to the mainland is a total inversion of right and wrong, as well as a false charge,” Ma told a media gathering.
Ma Xiaoguang, spokesperson for China’s Taiwan Affairs Office, said the present tensions are the result of Taiwan’s ruling Democratic Progressive Party’s (DPP) “collusion” with foreign forces and “provocations” over Taiwan’s independence.
Chinese drills are directed against this collaboration – a veiled allusion to US backing for Taiwan – and separatist actions, as well as safeguarding the country’s sovereignty and territorial integrity, as well as maintaining peace and stability in the Taiwan Strait, he said.
Taiwan asserts that it is an independent country known as the Republic of China, and that it will preserve its independence and democracy.
Despite Ma’s remarks, both Chinese President Xi Jinping and Taiwan President Tsai Ing-wen delivered comparatively conciliatory addresses over the weekend, even as Xi promised to annex Taiwan and Tsai stated that they would not be compelled to submit to China.
Chinese soldiers conducted beach landings and assault manoeuvres in the southern portion of Fujian province, across the sea from Taiwan, on Monday.
According to the official People’s Liberation Army Daily newspaper, the attack included “shock” troops, sappers, and watercraft specialists.
After former Australian Prime Minister Tony Abbott visited Taiwan, promising support for the island and recognising Taipei’s successes, Beijing lodged “solemn representations” with Canberra on Monday.