Millions in the US, Canada hit by new rounds of scorching hot temperatures 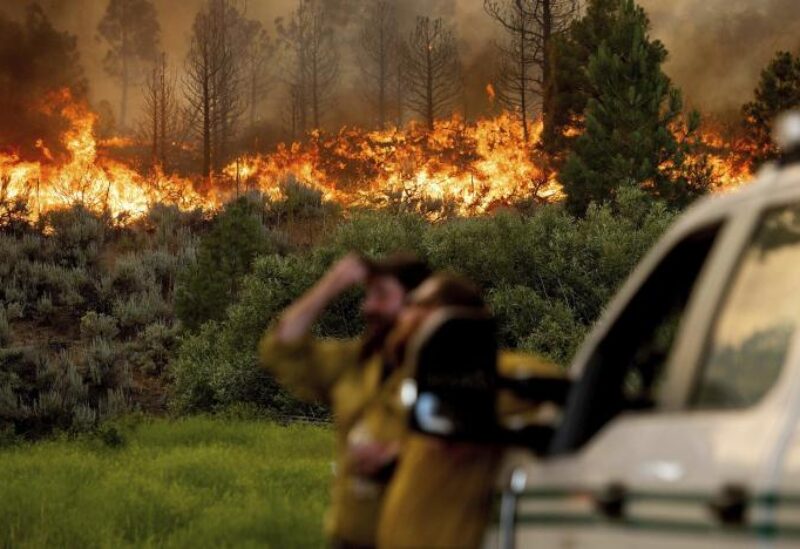 Millions of people across the western United States and Canada were hit Sunday by a new round of scorching hot temperatures, with some roads closed, train traffic limited and new evacuations ordered.

In Canada, with wildfires continuing to spread — including 50 more blazes erupting in the past two days — the government announced new emergency measures aimed at preventing further fires.

Sweltering conditions hit much of the Pacific seaboard and as far inland as the western edge of the Rocky Mountains over the weekend.

“A dangerous heatwave will affect much of the western US, with record-breaking temperatures likely,” the National Weather Service said on its website Sunday, while Canadian meteorologists predicted highs approaching 90 Fahrenheit (32 Celsius) in parts of western Canada — well above seasonal norms.

Las Vegas on Saturday matched its record of 117 degrees Fahrenheit, according to the National Weather Service (NWS) — a temperature recorded in the desert entertainment city once in 1942 and three other times since 2005.

Sunday was expected to be only a few degrees cooler there, while Death Valley, California — often the nation’s hottest spot — was headed for a high of 126 degrees Fahrenheit.

Forecasters issued an excessive heat warning for several other urban centres including the southern city of Phoenix and San Jose, the centre of the Silicon Valley tech industry south of San Francisco.

The weekend’s hot weather follows an earlier heat wave that struck the western United States and Canada at the end of June.

The scorching conditions saw the record daily temperature broken three days in a row in the Canadian province of British Columbia.

Trains are a common cause of wildfires, often when their spark-arresting devices are poorly maintained.

Several roads and highways in the area have been closed as the government rated the wildfire risk in much of the province as “extreme.” A dozen towns or locales remained under evacuation orders.

The Canadian government has sent investigators to the town of Lytton, 150 miles (250 kilometres) northeast of Vancouver, to see whether a passing cargo train might have caused a late June fire that destroyed 90 per cent of the town.

The overall deaths in British Columbia were not yet known but are thought to run into the hundreds.

As of Sunday morning, the number of wildfires across British Columbia was continuing to rise, hitting 298, authorities said.

In the US state of Oregon, the Bootleg Fire more than tripled in size between Friday and Sunday, gaining more than 100,000 acres, according to the US Forest Service.

Last month was the hottest June on record in North America, according to data released by the European Union’s climate monitoring service.

The World Meteorological Organisation and Britain’s Met Office said in May there was a 40 per cent chance of the annual average global temperature temporarily surpassing 1.5 degrees above pre-industrial temperatures within the next five years.

The past six years, including 2020, have been the six warmest on record.