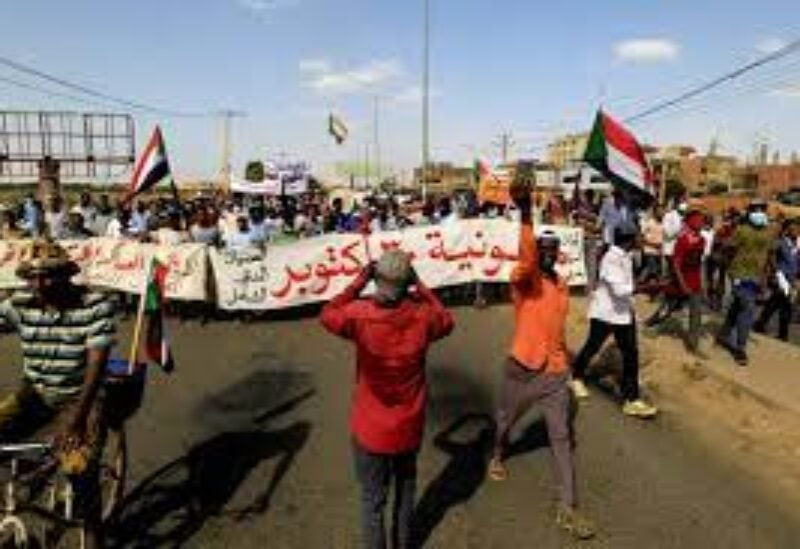 According to Reuters, mobile phone lines were blocked within Sudan on Wednesday as protestors gathered in the capital Khartoum and other locations to denounce a military takeover.

Thousands marched in dispersed protests across Khartoum by early afternoon. According to witnesses, security officers began using tear gas in multiple locations in an attempt to disperse the protesters.

Protests organized by local “resistance committees” demand a full handover to civilian government and the prosecution of the leaders of the Oct. 25 coup.

Protesters burnt tires on Khartoum’s main thoroughfare, chanting, “The people are stronger, and retreat is impossible.”

Others carried pictures of people killed in previous protests and of Abdalla Hamdok, the civilian prime minister who was ousted and placed under house arrest during the coup, with the slogan: “Legitimacy comes from the street, not from the cannons.”

Images of protests in towns and cities including Port Sudan, Kassala, Dongola, Wad Madani and Geneina were posted on social media.

Security forces were heavily deployed on main roads and intersections, using tear gas to keep protesters away from meeting points, witnesses said. Bridges across the River Nile connecting Khartoum with its twin cities of Khartoum North and Omdurman were closed.

Mobile internet services in Sudan have been suspended since the military takeover. This has complicated efforts by pro-democracy groups to stage a campaign of anti-military rallies, strikes and civil disobedience.

The Sudanese Congress Party, which was part of a civilian coalition that had shared power with the military before the coup, said one of its leaders had been arrested following a raid on his house.

The coup ended a transitional partnership between the military and civilian groups that helped topple autocrat Omar al-Bashir in 2019.

Efforts at mediation have stalled, with military leader Abdel Fattah al-Burhan moving to cement control with help from Bashir-era veterans.

On Saturday, hundreds of thousands turned out across Sudan to protest against the coup. Medics reported that seven people were killed by gunfire of tear gas as security forces moved to disperse the demonstrations.