Mongolia to take mining firm public after protests over graft 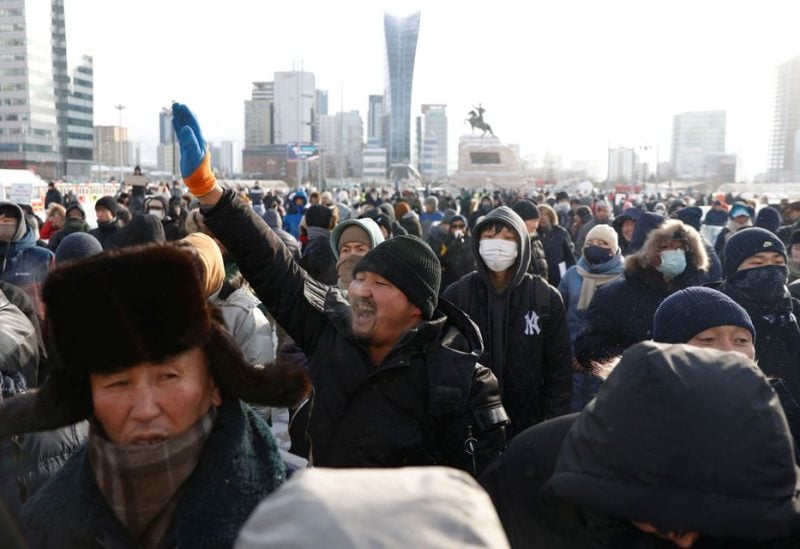 The country’s justice minister told Reuters that Mongolia will move forward with plans to list a state mining company involved in a corruption scandal that has provoked protests in the capital Ulaanbaatar. New ownership is anticipated to help drive out wrongdoing.

The state-owned Erdenes Tavan Tolgoi JSC (ETT) owns a large chunk of a sprawling 6-billion tonne coking coal deposit near the Chinese border that has been at the heart of Mongolia’s plans to grow its small and mining-dependent economy for more than a decade.

But development at Tavan Tolgoi has been held back by poor transport links and disputes about how Mongolia’s strategic assets should be funded and owned. Fluctuations in global coal prices and cooling investor sentiment have also stymied previous efforts to list ETT’s shares overseas.

“The prime minister is putting forward an initiative to change (ETT’s) governance and make it public quickly,” said Nyambaatar Khishgee, Minister of Justice and Internal Affairs, after thousands gathered in recent days to protest government corruption.

“It is expected that this will end the problems of transparency in the mining sector and public officials’ corruption,” he added.

A spokesperson for ETT was not immediately available for comment.

Protesters clashed with police in the capital Ulaanbaatar last week, as recent allegations of so-called “coal theft” at Tavan Tolgoi brought many to the streets demanding action against those responsible.

Hundreds of protesters were still at the city’s central square on Tuesday, with some erecting traditional tents known as gers to stay overnight as temperatures plunged to minus 30 Celsius.

Mongolia earns about 50% of its export revenues from coal, mostly mined by ETT. However, around 400,000 tonnes of coal produced by the company in recent years is unaccounted for, the government said in October. Earlier allegations suggest almost 1 million tonnes of coal were exported but not registered between 2011 and 2017.

Nyambaatar said all contracts signed by ETT have now been made public. Details of the owners of 25,000 trucks involved in transporting ETT coal have also been disclosed.

The authorities are also investigating 7,373 trucks that repeatedly carried coal to the Chinese border between 2013 and 2017 but appeared to have arrived empty.

The government is working hard to ensure exports from the project are not disrupted by the probe, Nyambaatar said, and it will also steer clear of an inspection of Chinese coal buyers, who account for about 85% of sales.

“We are trying to reduce risk as much as possible,” said the minister, adding he had met China’s ambassador to Mongolia this week to reassure him that trade would not be impacted.

Mongolia has long been plagued by poor governance of its state-owned mining companies, which are saddled with billions of dollars of debt. But its economy has been further hit by strict COVID lockdowns from 2020 to 2021 that drove up unemployment, as well as high energy costs due to the war in Ukraine.

“How can we leave our children in this ugly debt-ridden society?” said Gantulga Tumentogtokh, 42, who stayed overnight at the central square for a fifth day, wrapped in a goat fur coat to stay warm.

“We should indeed issue shares (in state owned companies) and develop Mongolia. If we had already done that, our lives would be different. I want to see accountability,” he added.

However some questioned whether the government’s efforts will go far enough.

“In the short term, we need reform in the governance of the SOE (state-owned enterprises). In the long term, the business must thrive on creating more sustainable and decent jobs,” he added.