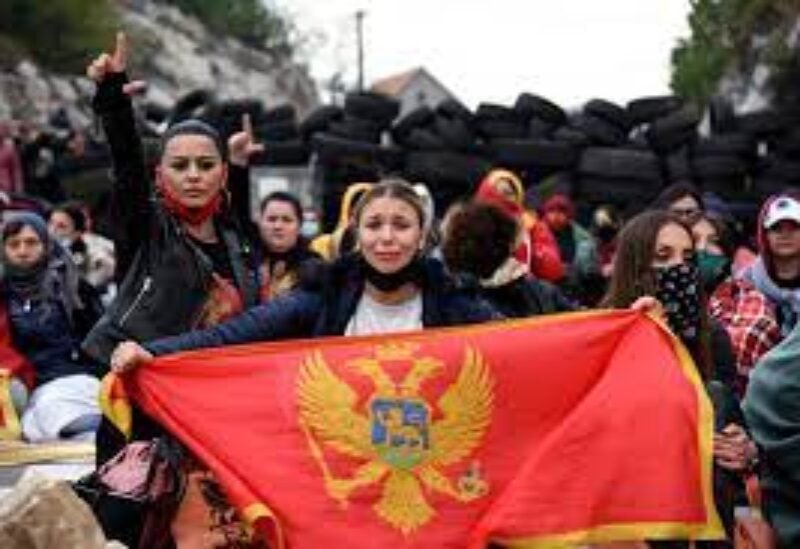 Protesters in Cetinje, Montenegro, failed to block the inauguration of the new head of the Serbian Orthodox Church in their country, as riot police in fired tear gas at them , and dismantled barricades erected the day before.

Hospital officials in Cetinje said at least 60 people were injured, including 30 police officers. At least 15 people were arrested.

Montenegro’s state TV RTCG showed footage of Serbian Patriarch Porfirie and Bishop Joanikije arriving by helicopter at the monastery. The two were surrounded by heavily armed riot police who held up bulletproof vests to protect the two religious’ leaders, an indication of state involvement in their transport by helicopter as well as the discontent on the ground in Cetinje.

Joanikije was inaugurated as the top Montenegro cleric later on Sunday.

Why is the inauguration controversial?

Montenegro declared independence from Serbia in 2006. Since then, Montenegrins who are supportive of a new Orthodox Christian Church distinct from the Serbian one.

Cetinje, the site of clashes over the weekend, is a former capital of Montenegro. The country’s previous leaders led Montenegro into NATO membership in 2017, angering Russia and Serbia, which have since turned to the church for leverage over domestic politics in Montenegro.