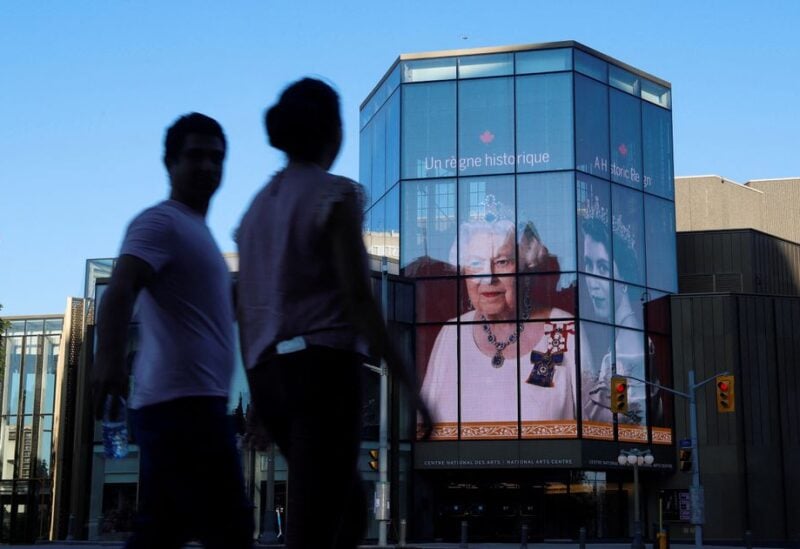 Despite deep historical ties to Britain and affection for the queen, a growing number of Canadians do not want a foreign monarch to represent them, but the risks associated with constitutional reform mean there is little political will for change.

Beginning in the late 1500s, Britain colonized Canada, and the country formally remained a part of the British empire until 1982. It is now a member of the Commonwealth of former empire countries ruled by the British monarch.

Dozens of Canadian city names, like London and Windsor, reflect the enduring ties. But according to an Angus Reid Institute poll from April, 51% of Canadians do not want the monarchy to continue as its ceremonial figurehead, up from 45% in January 2020. Only 26% of respondents said it should and 24% were unsure.

Further, according to a Leger poll published on Tuesday, some 77% of Canadians said they feel no attachment to the British monarchy.

“Canada is the only G7 country whose head of state is another country’s citizen,” said Flavio Volpe, president of Canada’s Automotive Parts Manufacturers’ Association.

“I prefer someone from Windsor than from the House of Windsor” to be head of state, said Volpe, referring to the Canadian city across the river from Detroit.

“We should have serious conversations as a country about whether we can find a Canadian to fill a ceremonial post.”

The death of Queen Elizabeth last week triggered a huge outpouring of affection in Canada, but most find their relationship with a foreign sovereign awkward. A ceremony was held in Ottawa on Saturday to proclaim the accession of Britain’s King Charles.

“The monarchy is outdated and has no relevance in our government. I think it’s time we just stood on our own,” said John Nielsen, 61, a contractor in Ottawa.

Those from Quebec, the mostly French-speaking province, feel even less kinship with Britain, with 71% in the Angus Reid poll saying they no longer see a need for monarchy, and 87% saying they feel no attachment to the royal family in the Leger poll.

A fifth of Canada’s population are newcomers with little connection to Britain, and indigenous peoples tend to harbor little fondness for the colonial power. In one example of their feelings, indigenous activists pulled down a statue of the queen on the grounds of the Manitoba legislature in 2021.

“Besides a whole lot of photo opportunities alongside chiefs in headdresses, the reign of Queen Elizabeth will forever be marked by inaction,” Niigaan Sinclair, a professor of Indigenous Studies at the University of Manitoba, said in a column for the Winnipeg Free Press published after her death.

Pro-monarchy Canadians and analysts say the constitutional monarchy is a well-functioning democratic system, and more importantly, changing it would be both complex and politically risky.

Quebec, which has sought independence twice in referendums, has never formally approved the constitution, and most of the treaties with indigenous peoples were signed with the Crown, not the Canadian government. These treaties set up reserves, guaranteed hunting and fishing rights, and sometimes included annual payments.

Both issues would be politically thorny if Canada overhauled its constitution.

Constitutional wrangling with Quebec in the past has been political poison, with two attempts to introduce constitutional amendments in the both late 1980s and early 1990s failing, while at the same time energizing the Quebec sovereignty debate.

“The massive constitutional effort of removing the Crown would inevitably invite many other suggestions for constitutional change. Canada went down this road in the 1980s and 1990s and the country nearly collapsed from all the competing demands,” said Jonathan Malloy, professor of political science at Ottawa’s Carleton University.

At least seven provincial legislatures representing more than 50% of the population, plus parliament, must approve constitutional amendments.

Al Carl, 73, is an Ottawa pensioner who says the monarchy provides stability in a divided political landscape and “differentiates us from the United States”. Changing the constitution would be untenable, Carl said.

“How do you do that with the divisiveness of our politics? How would you ever get Quebec to agree to anything?” he said.

‘AS LONG AS THE RIVERS FLOW’

Liberal Prime Minister Justin Trudeau, when asked about his position regarding the monarchy on Tuesday, said Canada’s democracy is healthy and while he is always open to “strengthening” it, “Canadians are almost entirely preoccupied with the big issues we’re facing” like climate change and the economy.

Without endorsing the monarchy or closing the door to a debate, Trudeau said his government would focus on the issues important to Canadians.

Malloy said he is personally “uncomfortable” with the constitutional monarchy and “its feudal, colonial, and wildly elitist underpinnings,” adding, however, that “it does basically work” and so changing it is “a low political priority”.

“First Nations will always have a relationship with the Crown no matter what Canada does as a corporation,” Archibald told Reuters. “As long as the sun shines, the rivers flow and the grass grows, these covenants remain in effect.”