More than 200 migrants cross from Morocco into Spain’s Melilla 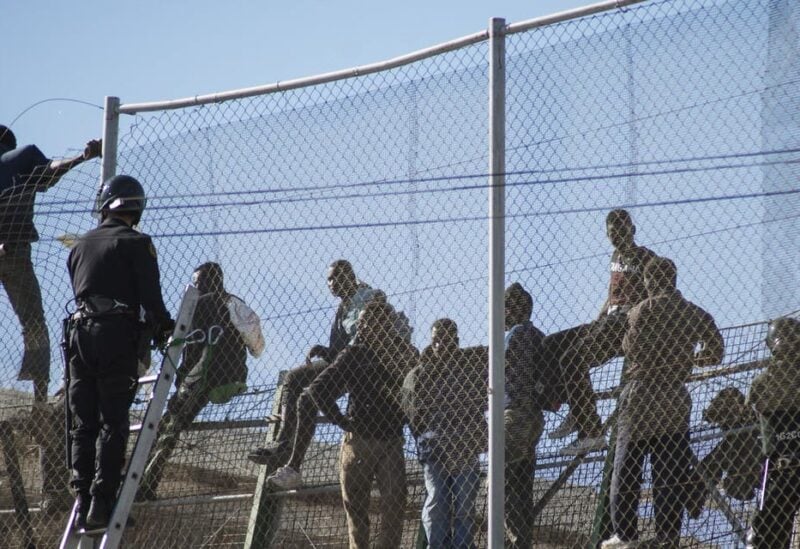 African migrants sit on top of a border fence during an attempt to cross into Spanish territories, between Morocco and Spain's north African enclave of Melilla, November 21, 2015. (File photo: Reuters)

Authorities in Spain’s autonomous city of Melilla said Thursday that 238 African men have made it to the Northern African Spanish enclave after climbing over fences separating it from Morocco.

Sub-Saharan migrants fleeing poverty or violence regularly attempt to trespass the 12-kilometer-long (7.4-miles) border in Melilla and in Spain’s other enclave in the northern African coast, Ceuta, as a stepping stone to reach the European continent. The migrants often attempt to cross in large groups to surprise police agents on both sides of the fences.

In one of the largest attempts in recent months, more than 300 Sub-Saharan men tried to cross in the early hours of Thursday, according to a statement from the Spanish government’s delegation in Melilla, a city of 84,000 residents.

It said the migrants were carrying hooks to climb the fences and that two of three Spanish Civil Guard officers were mildly injured when they tried to stop the migrants.

The 238 who made it in were taken to a migrant processing center where they need to self-isolate to prevent the possible spread of the coronavirus.

They usually remain there until authorities can figure out if they can be returned to their countries or qualify for staying in Spain.