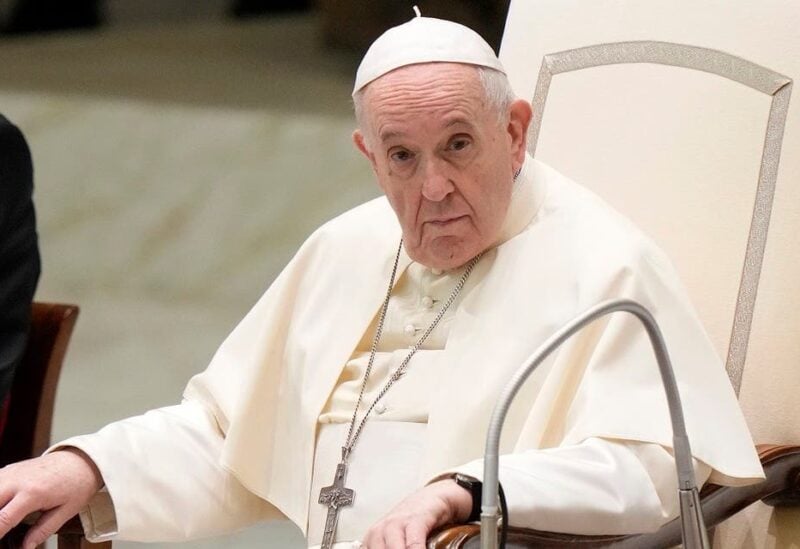 Pope Francis on Wednesday said the war in Ukraine showed that humanity had to shed a strange instinct for “self-destruction” and that buying more weapons was not the ultimate solution to any conflict.

Francis asked participants at his weekly general audience to remember all the victims of the war – the dead, including “fallen soldiers on one side or the other”, the wounded, homeless and refugees.

“May the Lord send his spirit to make us understand that war is a defeat of humanity, that we have to defeat all those who make war …,” he said.

“(Making war) is a need that destroys us,” he said, asking God to “free us from this ‘need’ for self-destruction”.

It was the second time since the war in Ukraine began that the pope has evoked the spectre of a nuclear war.

Francis has made a number of strong condemnations of the war, but he criticised Russia only implicitly, so far avoiding mentioning it by name.

He has used terms such as unjustified aggression, slaughter and atrocities.

Moscow says the action it launched on Feb. 24 is a “special military operation” designed not to occupy territory but to demilitarise its neighbour and purge it of what it sees as dangerous nationalists. Francis has already rejected that terminology.

“Let us also pray that those who govern understand that buying weapons and manufacturing weapons is not the solution to the problem,” he said on Wednesday.

“The solution is to work together for peace, as the Bible says, in order to transform weapons into instruments of peace.”

Francis has in the past said funds spent on weapons should be diverted to other aims, such as fighting world hunger and developing and distributing vaccines. He has also called for a ban on nuclear weapons, saying even their possession for deterrence is immoral.