Moroccan rescuers get closer to child trapped in well 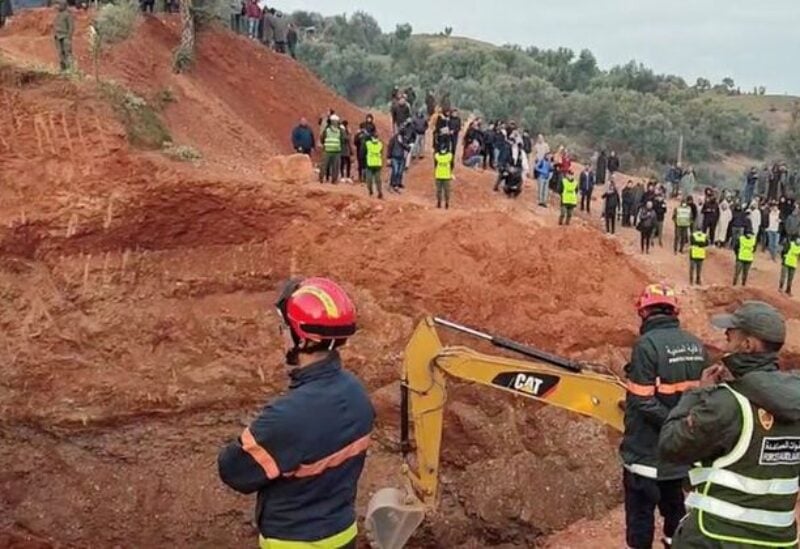 On Saturday, rescue teams moved closer to rescuing a 5-year-old kid who has been stranded for five days in a well in northern Morocco, a situation that has captivated the country.

On Tuesday, the kid, named only by his first name, Rayan, fell into a well in the highland town of Chefchaouen.

The hole is 32 meters (100 feet) deep and narrows as it drops from a 45 cm (18 inch) diameter at the top, preventing rescuers from going down to collect the youngster.

Rescuers have worked with bulldozers to cut a massive trench into the hill next to the well, leaving a gaping hole in the reddish earth. By Saturday morning they were digging horizontally towards the well, and installing PVC tubes to protect against landslides and get the boy out.

“This second rescue step is about to finish … we are racing to get to Rayan and digging goes as planned,” lead rescuer Abdelhadi Tamrani told state TV 2M early on Saturday.

The hilly region around Chefchaouen is bitterly cold in winter and though food has been lowered to Rayan, it was not clear whether he has eaten any. He has also been supplied with water and oxygen using a tube.

A local witness told Reuters that horizontal digging was delayed by rocks which complicated manual excavation.

A helicopter was standing by to ferry Rayan to hospital as soon as he is freed.