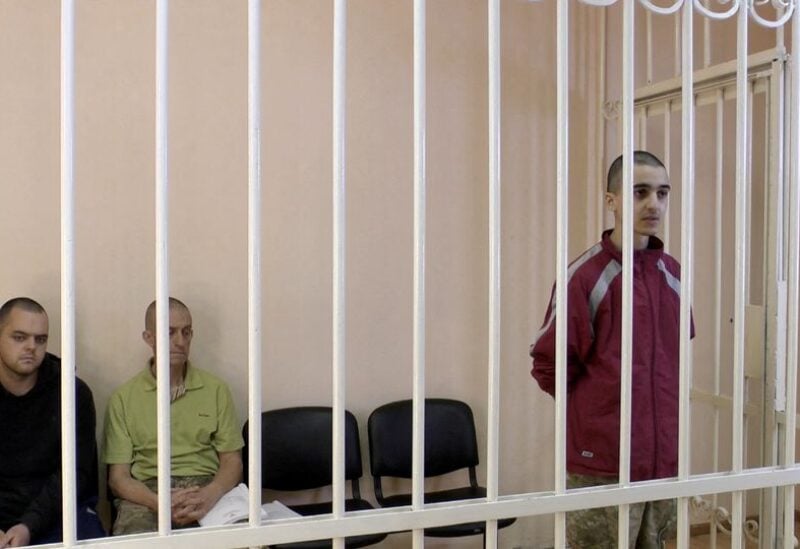 A still image, taken from footage of the Supreme Court of the self-proclaimed Donetsk People's Republic, shows Britons Aiden Aslin, Shaun Pinner and Moroccan Brahim Saadoun captured by Russian forces during a military conflict in Ukraine

The father of a Moroccan man condemned to death on mercenary charges by a court in the self-proclaimed Donetsk People’s Republic (DPR) stated his son should be regarded as a prisoner of war because he is a Ukrainian subject who surrendered freely.

According to Russian media, Moroccan-born Brahim Saadoun and Britons Aiden Aslin and Shaun Pinner were convicted guilty of “mercenary operations and conducting actions aimed at gaining power and destroying the constitutional order” of the DPR.

The three guys were apprehended while fighting for Ukraine against Russia and its allies.

According to his father, Tahar Saadoun, the Moroccan fighter gained Ukrainian citizenship in 2020 after completing a year of military training as a condition to enroll in aerospace technology studies at a university in Kiev.

According to his father, he surrendered “voluntarily” and should be classed as a “prisoner of war.”