Moroccan teachers strike in protest against assaults on colleagues 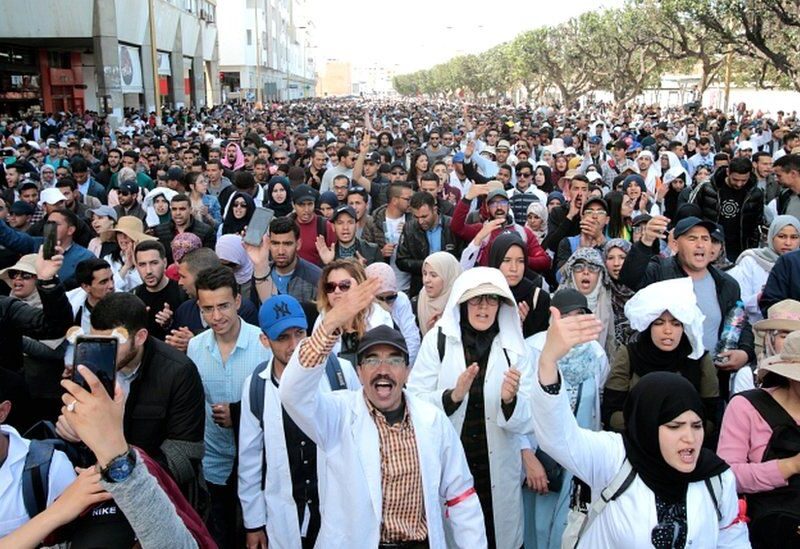 After the security forces assault, last Wednesday against teachers on temporary contracts protest, their colleagues organized a 3 day strike started yesterday, Anadolu has reported. “Other steps will escalate the protest in the coming days,” said the national coordinating body of the contractual teachers.

The body pointed out that the said teachers are also demanding formal integration into the public sector, but not through temporary contracts.

Teachers have used social media to highlight videos of the violence to which they were subjected in Rabat, with a focus on a particular individual. A number were arrested during the protest, which had been banned by the Moroccan authorities.

Last Thursday, the Governorate of Rabat, which is affiliated with the Ministry of the Interior, announced that it had “opened an investigation to determine the identity of the person appearing in the pictures and video clips, and to reveal the circumstances of the accident.”

While there was no comment from the government over the strike call, education unions announced that they are joining the strike. Among the most prominent unions taking part are the National Union for Education, the Democratic Confederation of Labour (CDT), and the National Union of Education Employees.

In 2017, the Moroccan government launched a public employment programme with a two-year renewable contract that was first implemented in the education sector. It has been reported that there are more than 100,000 contractual teachers.

Hundreds of contractual teachers have participated in protest marches around Morocco, despite the claim by the head of the Moroccan government, Saadeddine Othmani, in February 2018 that, “The contracts signed by the teachers are final and designated for an unlimited period.” The teachers continue to insist on full integration into the public sector.