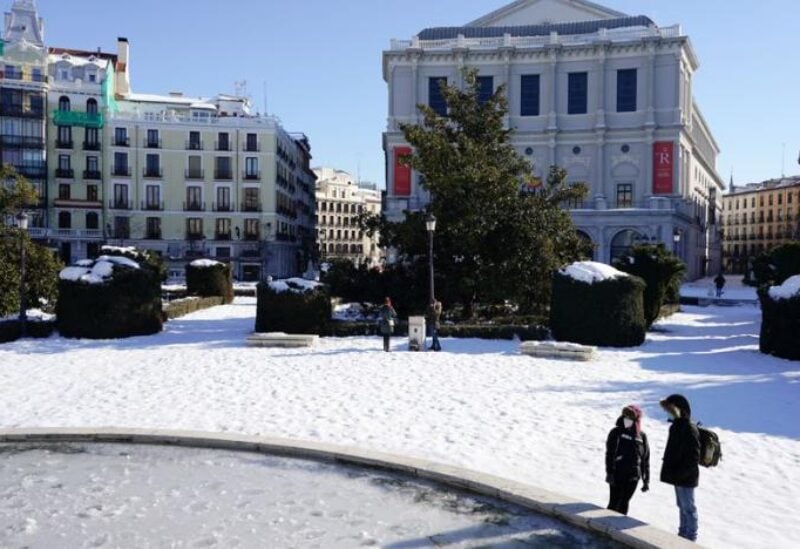 Morocco has expressed regret over Spain’s hosting of head of the Polisario Front Brahim Ghali, who is accused of committing serious war crimes and flagrant human rights violations.

The Foreign Affairs Ministry has summoned the Spanish ambassador to convey the government’s “regret” over Spain’s decision to receive Ghali for medical treatment.

It said Spain’s stance is “inconsistent with the spirit of partnership and good neighborliness.” Morocco is seeking an explanation of Spain’s position, the ministry said on Sunday.

The Spanish foreign ministry said Thursday that Ghali is being treated for COVID-19 and had been transferred to Spain for “strictly humanitarian reasons.”

“This will not obstruct or trouble the excellent relations Spain has with Morocco,” Spanish Foreign Minister Arancha Gonzalez Laya said at a press conference Friday.

She affirmed that Rabat is a special partner to Madrid economically and politically, and that this will not change.

Ghali entered a Spanish northern city under a false Algerian identity, which allegedly was used to avoid reactivating an old arrest warrant.

Spanish victims of terrorist acts perpetrated by Polisario separatists demanded the “immediate arrest of Ghali, who was admitted to a hospital in Logrono, near Zaragoza, under a false identity and with forged documents to escape Spanish justice.”

A statement issued by the Canary Association of Victims of Terrorism (Acavite) slammed his “illegal entry” to Spain.

Ghali is accused of “assassinations against Canarian workers” in the Sahara region, as well as of ordering “murders, mass kidnappings and disappearances of crews on the high seas of Canarian sailors in the period between 1973 and late 1986,” the statement read.

Acavite, which is backed by the National Federation of Victims of Spain, brings together the relatives of more than 300 victims of Polisario terrorism.

It denounced the decision of the Spanish authorities to authorize “the illegal admission and hospitalization in a public hospital” of a notorious criminal who murdered Spanish citizens.