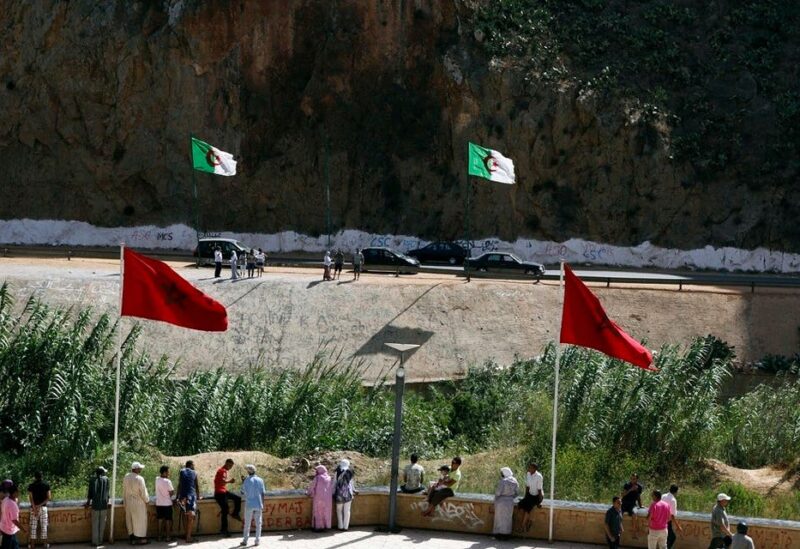 People stand near a border post on the Algerian side of the Morocco-Algeria border in the north east of Morocco. (File photo: Reuters)

Morocco expressed its regret over the ‘unilateral decision’ taken by Algeria on Tuesday to sever diplomatic relations saying the decision was completely unjustified.

In a statement from the Moroccan Foreign Ministry, a copy of which was obtained by Al Arabiya, Rabat expressed its disapproval of the “logic of escalation” observed in recent weeks from the Algerian side.

The Moroccan Foreign Ministry said that the decision would impact the Algerian people after Algeria announced earlier on Tuesday that it was cutting diplomatic ties with Morocco over “hostile actions.”

“The Kingdom of Morocco will remain a sincere and loyal partner of the Algerian people while continuing to work wisely and responsibly for the development of healthy and fruitful Maghreb relations,” the statement added.

Last month, the Algerian foreign ministry recalled its ambassador to Morocco. It hinted at possible further measures in the latest flare-up of tensions between the North African neighbors over the disputed territory of Western Sahara.

The Polisario Front is fighting for the independence of Western Sahara, a Spanish colony until the mid-1970s now primarily occupied and administered by Morocco.

Land borders between Algeria and Morocco have been shut since the early 1990s over security concerns, aggravating friction between Algiers and Rabat, whose relations have worsened due to the conflict.