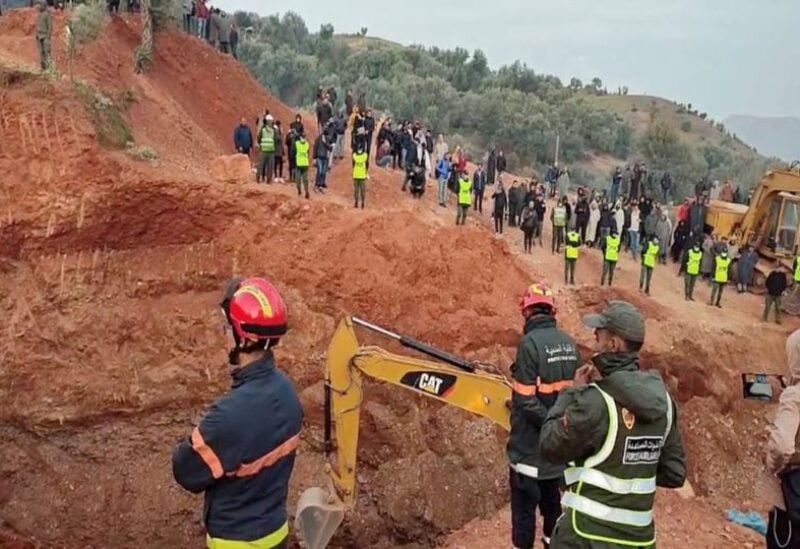 People use machinery to excavate the ground in order to free the five-year-old trapped in an underground well, in Chefchaouen, Morocco

Morocco prepared to bury “little Rayan,” a five-year-old child who died stuck in a well despite a days-long rescue mission that captivated the globe, on Monday.

A local official and a family told AFP that his funeral will be conducted in his native hamlet of Ighrane, in the poor Rif highlands of northern Morocco, where the tragedy occurred.

Crowds had erupted in jubilation on Saturday night as rescue personnel arrived in Rayan following a 24-hour digging operation, wiping away the last handfuls of soil.

But as word spread that the rescue was too late and Rayan had died, optimism gave way to sadness.

“The stillness in the village is horrible this morning,” a relative commented.
The news was released by the North African country’s royal cabinet after King Mohammed VI contacted the parents to express his sorrow.

“We appreciate His Majesty the King, the authorities, and everyone who has assisted us,” Rayan’s father, Khaled Aourram, said on Saturday evening. “Thank you, God, for having pity on the deceased.”

Rayan’s body was brought to a military hospital in Rabat, according to a cousin, although no report has been released of any examination.

The race to save Rayan was broadcast live around the world, and condolences flooded in as soon as the awful outcome was known.
While lamenting the boy’s death, Pope Francis commended the “wonderful” sight of “how all the people got together” to attempt to save a kid.

Aourram stated that he was mending the well when the youngster fell in near the family house.
The shaft, about 45 centimeters (18 inches) across, was too small to reach Rayan directly, and enlarging it was thought too unsafe — instead earthmovers excavated a large slope into the hill.

Rescuers used bulldozers and front-end loaders to excavate the surrounding red dirt down to the level where the youngster was trapped, then drill teams built a horizontal tunnel to reach him from the side to prevent triggering a landslide.

Huge crowds gathered to show their support, singing and praying to encourage the rescuers who were working around the clock.

Moroccans were shocked to learn about the boy’s death.