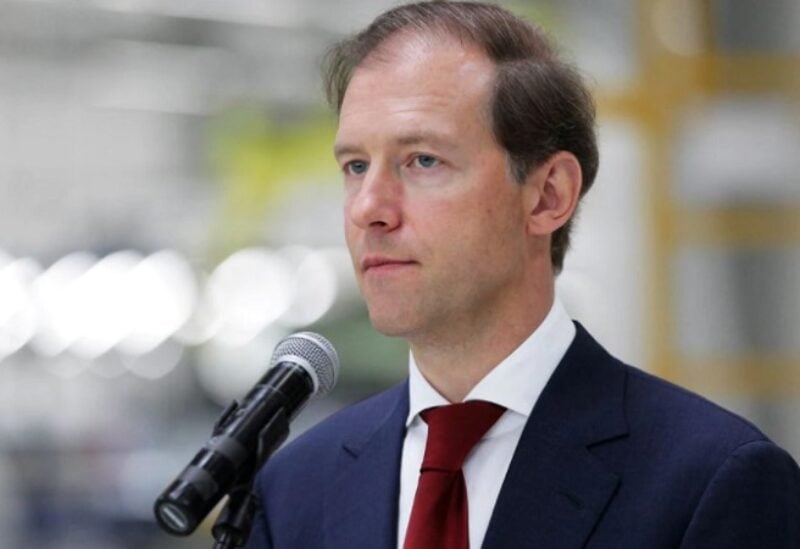 Russia's Industry and Trade Minister Denis Manturov attends a ceremony to launch the serial production of Aurus Senat cars at the Aurus manufacturing plant in the town of Yelabuga in the Republic of Tatarstan, Russia May 31, 2021. REUTERS/Alexey Nasyrov

Russia on Thursday dismissed warnings that the United States could restrict electronics supplies if Moscow attacks Ukraine, saying any such measures would mostly hurt the manufacturers.

The White House has told the U.S. chip industry to be prepared for new restrictions on exports to Russia, including potentially blocking the country’s access to global electronic supplies, sources told Reuters this week.

“Possible restrictions on supplies of products manufactured abroad using American technology would above all hit the manufacturers themselves,” Russia’s Industry and Trade Minister, Denis Manturov, said in a statement to Reuters.

“There is nothing fundamentally new in the stated intentions. Obviously, it is a continuation of the U.S. policy of squeezing any competitor, even potential competitors, out of the market,” he added.

Should the United States expand the scope of the so-called Foreign Direct Product Rule to Russia, mirroring a previous move against Chinese telecoms giant Huawei, Washington could stop shipments of chips, computers, consumer electronics, telecommunications equipment, and other items made anywhere in the world if they were produced using U.S. technology.

Similar measures were deployed during the Cold War, when the United States and other Western nations maintained severe technology sanctions on the Soviet Union, crimping its growth.

Prime Minister Mikhail Mishustin on Thursday said it was important to ensure technological independence from imported products in the aviation industry as it lowers risks to the sector’s development.

State conglomerate Rostec, which produces aircraft and cars, industries vulnerable to chip shortages, said imported components were not used in producing military hardware and that Russia had increased domestic production of parts in response to previous rounds of sanctions.

“The possible imposition of additional sanctions will first and foremost hurt the interests of American companies working for export,” Rostec said.

Like other car-producing countries, Russia suffers from a shortage in semiconductor microchips, with carmakers competing against the sprawling consumer electronics industry for chip supplies, pushing up car prices for Russian buyers.