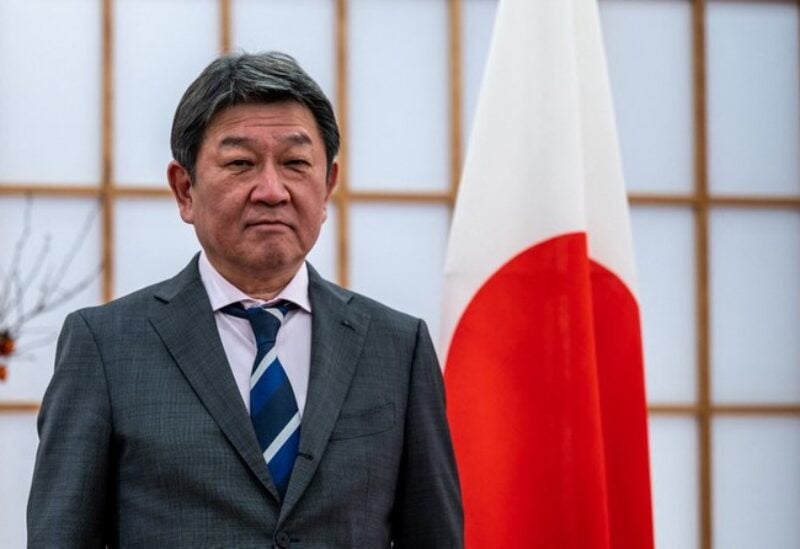 Japans Foreign Minister Toshimitsu Motegi poses for a photo at the Ministry for Foreign Affairs in Tokyo on November 18, 2020. (Photo by Philip FONG / AFP)

The United Arab Emirates’ support provided during the evacuation of Japanese staff members at the Embassy of Japan in Kabul, was hailed by the Japanese Foreign Minister MOTEGI Toshimitsu.

According to a statement released by Japan’s Foreign Ministry, the UAE’s Minister of Foreign Affairs Sheikh Abdullah bin Zayed Al Nahyan and Motegi had a telephone conversation on Friday. Japan’s FM stated that the Asian country highly praised the crucial role the UAE has taken with regards to Afghanistan, such as temporarily accepting evacuees and providing humanitarian support.

In addition, Motegi said he hopes for the success of Expo 2020 Dubai, which will take place on the occasion of the 50th anniversary of the founding of the UAE, and will be the first International Registered Exhibition to be held in the Middle East region.

The two ministers confirmed that they will continue to further promote cooperation in a variety of fields towards the 50th anniversary of the establishment of diplomatic relations between Japan and the UAE in 2022.

Motegi and Al Nahyan exchanged views on global issues such as climate change and agreed to continue close coordination, according to the statement from the Ministry of Foreign Affairs.