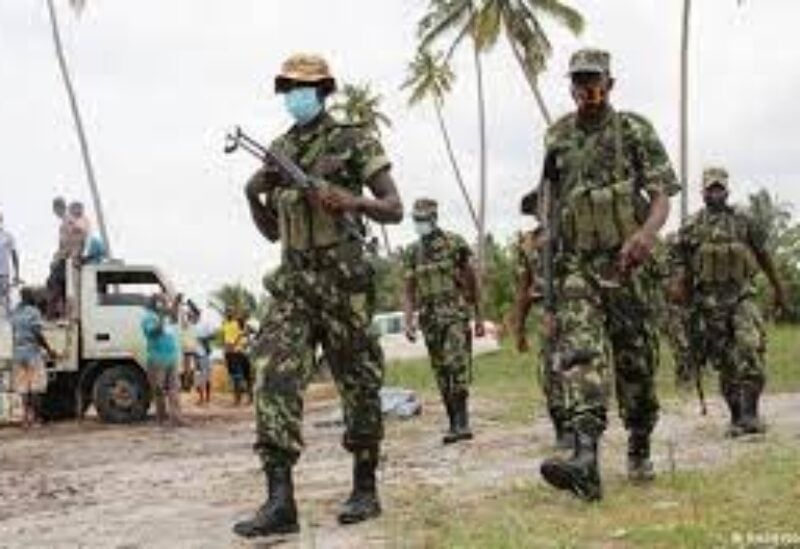 “Many people are being killed,” said Sufo Salimo who arrived in the city of Pemba on June 27 after fleeing extremist violence in Mozambique’s Cabo Delgado province.

Islamic extremism has plagued Cabo Delgado since October 2017, with Palma being targeted because of its proximity to the province’s natural gas and oil reserves. The city has experienced increasing attacks against civilians, with gunfire reported almost every week. Some of these attacks have been linked to ISIS.

The violence has uprooted about 800,000 people and killed more than 2,500 civilians, according to the Armed Conflict Location & Event Data Project (Acled). Some of those killed have been beheaded, including children. Most of the internally displaced are women and minors.

More than 70,000 people fled Palma after ISIS-linked militants attacked the town in March, many of them to Pemba, the provincial capital about 300 kilometres down the coast. With hundreds more arriving each day, Pemba’s resources are at a breaking point, according to Margarida Loureiro, the head of the United Nations refugee agency office in Cabo Delgado.

“The trip from Palma to Pemba was very bad and took us five days,” Mr Salimo said. “In Pemba we are not having a normal life, we don’t know where we are going now, nor where we will establish [ourselves] in the longer term. I would like to go back to Palma one day, but for now we can’t because of violence.”

Pemba had a population of more than 200,000 in 2017, but the city saw its population increase by almost three-quarters between February and April, according to Ocha, the UN humanitarian agency.

The new arrivals have come not just from Palma but also surrounding areas, driven away by the militants and also Cyclone Kenneth, which destroyed more than 34,000 homes and more than 31,000 hectares of crops in 2019, according to Ocha.

Ms Loureiro said that between April 2020 and April 2021, the agency has seen a 325 per cent increase in displaced people overall arriving in Pemba. Between June 16 and 22 alone, there were 3,507 arrivals, most of them from Palma. Only 28 per cent of those people were displaced for the first time.

She described their testimonies as “horrific”.

“There are a lot of people talking about kidnapping and rapes and death, killings,” she said. “We’ve also noticed an increase in numbers of the elderly, and people with disabilities who are often voiceless, because they are frailer and have more difficulties to move or to ask for their rights. And we have been supporting this population that we often overlook for many reasons.”

As well as those coming to Pemba, large numbers of people head north to Tanzania to seek refuge there, but many are being turned back from the border, leaving them vulnerable to gender-based violence and sexual abuse, as well as kidnapping.

Since the beginning of this year, about 10,000 people have been forcibly returned to Mozambique after fleeing from Palma, Ms Loureiro said.

“Of those forcibly returned to Mozambique, many report being separated. Families are separated on the other side of the border … particularly if families are bi-national. We are working with response partners to re-establish those family links,” the UN official said.

On June 23, 16 southern African states said they would send forces into northern Mozambique to help quell the bloody insurgency, amid fears it may spill into neighbouring countries. The UN refugee agency is waiting to see how this will affect the people it supports.

The influx of people to Pemba is also affecting the communities that host them, who live in the poorest areas of the city.