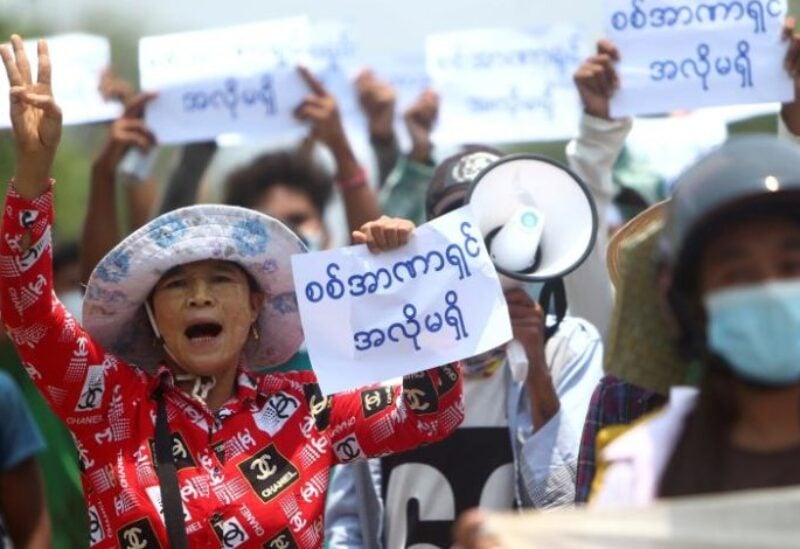 Fighters of a local militia opposed to Myanmar’s junta have pulled back from the northwestern town of Mindat after days of assault by combat troops backed by artillery, a member of the group said on Sunday.

A spokesman for the junta did not answer calls for comment.

The fighting in the hill town of Mindat, about 100 km (60 miles) from the Indian border in Chin state, is some of the heaviest since the coup plunged Myanmar into chaos with daily protests, strikes and the emergence of new local militias.

“To avoid confrontation, we retreated out of concern over damage to the town,” said one fighter, adding that only women and children remained in the town of more than 40,000 that was now largely occupied by the army.

“Since all the boys and men are involved in this fight, all of them are on the run.”

The U.S.-funded RFA website quoted a member of the group as saying five of its fighters were killed, but it believed it had inflicted losses several times that many on the army, widely known as the Tatmadaw.

Army-controlled Myawaddy television said on Saturday that some security forces were killed and others missing after attacks by “unscrupulous people”. Security forces would work day and night to bring order, it added.

The fighting marks the emergence of the Chinland Defense Force, one of several new groups to spring up in opposition to the junta in a country which already had about two dozen ethnic armed groups.

The fighters also say they are part of the People’s Defense Forces of the shadow government.

“We would like to urge the international community to take immediate actions to end all violence of the Tatmadaw and protect the defenseless people of Mindat,” the National Unity Government said in a statement.

The U.S. and British embassies in Myanmar voiced concern for civilians in Mindat.

“The military’s use of weapons of war against civilians, including this week in Mindat, is a further demonstration of the depths the regime will sink to to hold onto power,” the U.S. embassy said in a statement. “We call on the military to cease violence against civilians.”

Britain’s mission said evidence of atrocities should be sent to UN investigators “so perpetrators can be held to account”.

Western nations have led condemnation of the junta and applied limited sanctions since it took power alleging fraud in an election won by Suu Kyi’s party in November. Its claims of irregularities were rejected by the electoral commission.

At least 790 people have been killed by the junta’s security forces in crackdowns on protests against its rule, says activist group the Assistance Association for Political Prisoners.

The military, which disputes that number, imposes tight restrictions on media, information and the Internet. Reuters cannot independently verify arrests and casualty numbers.