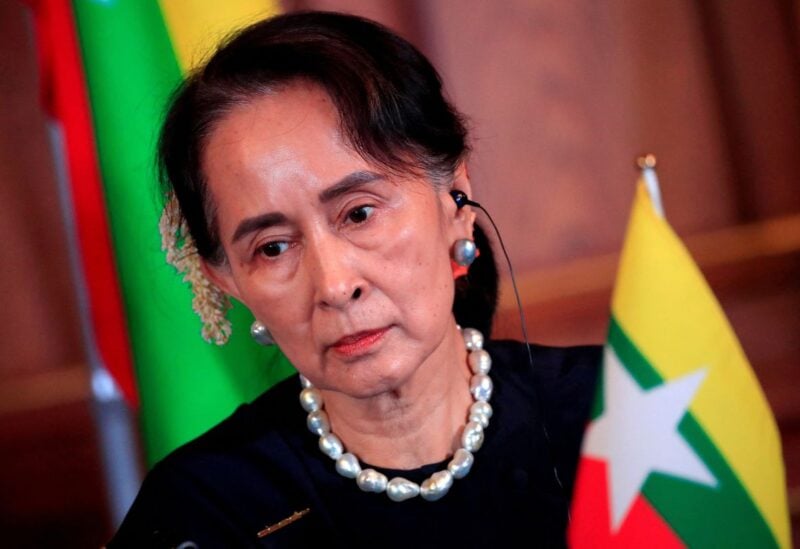 A court in military-ruled Myanmar sentenced deposed leader Aung San Suu Kyi and her former economic adviser, Australian Sean Turnell, to three years in prison on Thursday for breaching a secret legislation, according to a person familiar with the proceedings.

Both had pleaded not guilty to breaking the official secrets statute, which carries a maximum term of 14 years in prison.

“Three years each, no hard labour,” said the source, who declined to be identified due to the sensitivity of the issue.

Suu Kyi, Turnell, and several members of her economic team are among thousands arrested since the military overthrew her elected government in a coup early last year, including politicians, lawmakers, bureaucrats, students and journalists.

Turnell has also been charged with immigration violations, for which he faces up to five years in prison. The court is expected to rule on that case on Thursday, according to a second source and media reports.

Nobel laureate Suu Kyi has already been sentenced to at least 23 years in prison in separate cases, mostly related to corruption charges.

She denies all accusations against her.

Opponents of the military say the charges against Suu Kyi are aimed at blocking her from ever getting involved in politics again and challening the military’s grip on power.

A junta spokesperson did not answer calls seeking comment on Thursday. The junta insists Myanmar’s courts are independent and those arrested are receiving due process.

Turnell, who is also a professor of economics at Macquarie University in Australia, has been in detention since a few days after the coup.

His wife, Ha Vu, who is based in Australia, said she and her family were “heartbroken” at the verdict and called for him to be deported.

“Sean has been one of Myanmar’s greatest supporters for over 20 years and has worked tirelessly to strengthen Myanmar’s economy. Please consider the contributions … and deport him now,” she said in a Facebook post.

“The Australian government has consistently rejected the charges against Professor Turnell. (It) rejects today’s court ruling … and calls for his immediate release,” Foreign Minister Penny Wong said in a statement.

Thursday’s sentencing took place in a closed court in the capital, Naypyitaw. The defendants’ exact offence under the official secrets act remains unclear, though a source previously said Turnell’s offence “relates to an allegation that he had government documents”.

“For Sean the hope now must be that – having already been in detention for almost 20 months – he will be released soon from this terrible ordeal and reunited with his family,” he said.