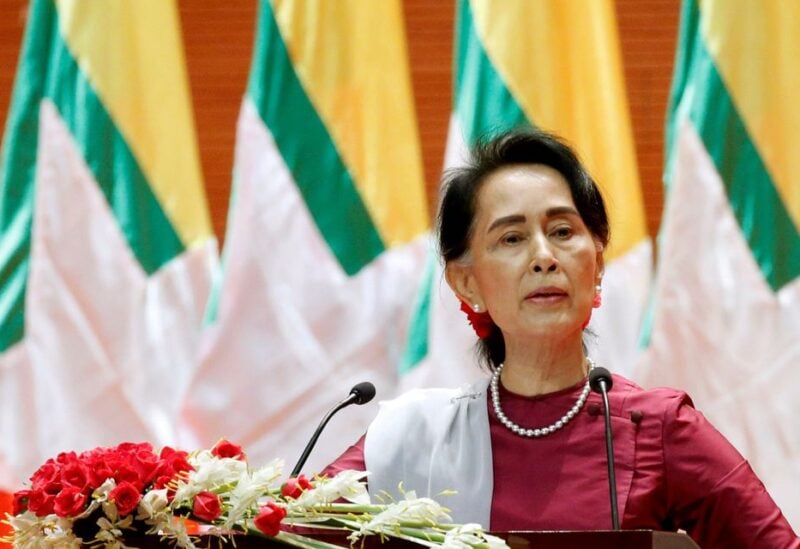 On Tuesday, a court in military-ruled Myanmar is expected to give the first convictions in almost a dozen cases involving ousted leader Aung San Suu Kyi, who is on trial for offenses carrying cumulative maximum prison terms of more than 100 years.

The popular Nobel Peace Prize laureate headed an elected civilian administration that was deposed in a military coup on February 1. He has been kept incommunicado and on trial since June, with court proceedings held behind closed doors.

A court will rule on Tuesday on allegations of inciting and breaching a natural disasters legislation by violating COVID-19 standards, which carry jail sentences of up to two and three years, respectively, according to a person familiar with the proceedings.

The junta and state media have not disclosed information on the proceedings, and the defendants’ attorneys have been placed under a gag order. Suu Kyi is also accused of corruption and violating the Official Secrets Act.

The United States and United Nations experts have criticized the indictments and urged the defendants’ release.

The junta’s spokesperson did not respond to calls on Monday, but has previously stated that Suu Kyi is being treated fairly by an independent judiciary.

Supporters of Suu Kyi, 76, say the cases are politically motivated and designed to end the political life of a woman who championed democracy for decades under previous military rulers, much of the time under house arrest.

Myanmar has been in chaos since her overthrow, with the junta struggling to consolidate power amid protests, strikes and armed resistance by militias allied with a shadow government in retaliation for the military’s use of deadly force.

The incitement case centers on an unsigned letter sent by the NLD while Suu Kyi was in detention, which urged embassies not to recognize the junta.

Richard Horsey, a Myanmar expert at the International Crisis Group, said the charges were designed to sideline a popularly elected leader.

“The generals know that these verdicts will convince no one, and their purpose is instead a display of regime power. But it is likely to only strengthen the resolve of the popular resistance movement,” he said.

Political analyst Khin Zaw Win said that regardless of Tuesday’s verdicts, a revolution was already under way in Myanmar that went beyond Suu Kyi.

“They are trying to make sure that she can no longer return to politics,” he said.

“They (the military) demonstrated atrocities and still continues. This can no longer be solved politically… The revolution is no longer about the NLD government or Daw Aung San Suu Kyi.”