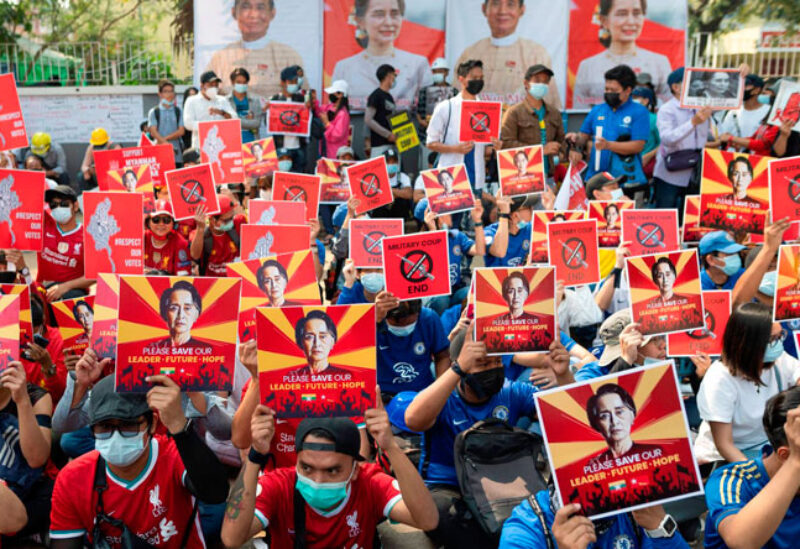 Huge crowds marched in Myanmar on Sunday to denounce a Feb. 1 military coup in a show of defiance after the bloodiest episode of the campaign for democracy the previous day, when security forces fired on protesters, killing two.

The military has been unable to quell the demonstrations and a civil disobedience campaign of strikes against the coup and the detention of elected leader Aung San Suu Kyi and others, even with a promise of new elections and stern warnings against dissent.

Tens of thousands of people massed peacefully in the second city of Mandalay, where Saturday’s killings took place, witnesses said.

Military spokesman Zaw Min Tun has not responded to attempts by Reuters to contact him by telephone for comment.

He told a news conference on Tuesday the army’s actions were within the constitution and supported by most people, and he blamed protesters for instigating violence.

In the main city of Yangon, thousands of mostly young people gathered at different sites to chant slogans and sing.

“Us young people have our dreams but this military coup has created so many obstacles,” said Ko Pay in Yangon. “That’s why we come out to the front of the protests.”

In Myitkyina in the north, people laid flowers for the dead protesters. Big crowds marched in the central towns of Monywa and Bagan, in Dawei and Myeik in the south, Myawaddy in the east and Lashio in the northeast, posted pictures showed.

At the tourist spot of Inle Lake, people including Buddhist monks took to a flotilla of boats holding aloft portraits of Suu Kyi and signs saying “military coup – end”.

The more than two weeks of protests had been largely peaceful until Saturday, unlike previous episodes of opposition during nearly half a century of direct military rule to 2011.